BDA responds to the Cochrane review on fluoridation 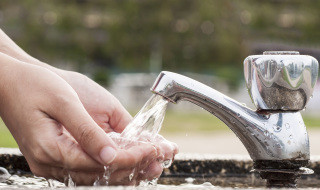 BDA responds to the Cochrane review on fluoridation

The BDA’s scientific and public health experts have responded to the Cochrane Oral Health Review on water fluoridation.

Fluoridated water, received by around 10% of the UK population, can reduce the incidence of decayed, missing or filled teeth by up to 35%, according to the Cochrane Oral Health Group’s review of studies on this measure.

‘Despite the huge improvements we have seen in people’s dental health since the 1970s, too many communities still experience unacceptably high levels of tooth decay,’ the British Dental Association’s (BDA’s) scientific adviser, Professor Damien Walmsley, said.

‘One in eight three-year-olds in England have tooth decay, and poor communities are disproportionately affected.

‘Treating extensive tooth decay remains the main reason why children are admitted to hospital – more than 60,000 children had to have rotten teeth removed under a general anaesthetic in 2012/13.

‘As children’s ability to learn, eat and speak is affected by dental disease, a preventable condition, we need a range of strategies to reduce this burden on youngsters, their families and the NHS.

‘We believe that targeted fluoridation has an important role to play, along with the need to reduce sugar consumption and the promotion of a good oral hygiene routine.’

It also increases the proportion of children who have no tooth decay, even after the widespread introduction of fluoride toothpaste.