BDA voices its concerns about the General Dental Council 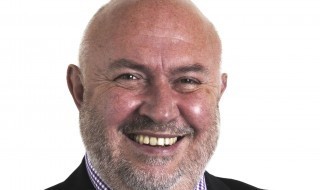 BDA voices its concerns about the General Dental Council

The BDA has voiced its concerns over the poor report the General Dental Council received from PSA recently.

The British Dental Association (BDA) is concerned that the General Dental Council (GDC) has come bottom of the league in an assessment of the performance of nine healthcare regulators, published on 26 June by the Professional Standards Authority (PSA).

‘Yet again GDC registrants must acknowledge that they are being regulated by the worst health regulator in the UK.

‘What is worse is that, as far as dentists are concerned, it is now also the most expensive by a country mile.

‘The findings in relation to fitness to practise come as little surprise as stories of waste, mismanagement and unreasonable practices abound.

‘It is difficult to understand how badly the GDC has to perform before someone actually intervenes.’

The PSA highlights that the GDC failed to meet a total of seven of its standards of good regulation.

On fitness to practise, the GDC fully met only one of the 10 standards, and failed to meet six others, representing what the PSA describes as a significant decline in its performance compared to an assessment it carried out in 2013/14.

The BDA notes that the jury couldn’t decide on whether the GDC had met two additional standards on fitness to practise pending an ongoing inquiry by the PSA.

The PSA has yet to comment on whether it considers the GDC’s activities in this area are ‘transparent, fair, proportionate and focused on public protection’.