Dentists respond to Which? ‘Clean up Dental Costs’ campaign 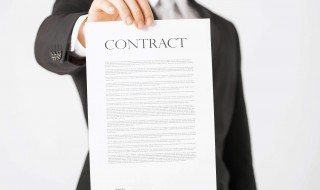 Dentists respond to Which? ‘Clean up Dental Costs’ campaign

The British Dental Association (BDA) has responded to the latest findings of the Which? Clean Up Dental Costs campaign, and reports of significant waiting times for NHS treatment.

The BDA has consistently called for action on the comprehensively flawed payments system at the heart of NHS dentistry.

Since April 2006, NHS dentists in England and Wales have been paid according to how many Units of Dental Activity (UDA) they do in a year.

This system has proved a serious obstacle to a preventive approach to dentistry, by rewarding dentists for completed treatment on the basis of a ‘points’ system, not the number of items in the treatment plan or net improvements in oral health.

The UDA system has fuelled waiting lists, with practices contractually obliged not to exceed a fixed number of ‘points’ in a given year.

Prevention at the heart of dentistry

Mick Armstrong, chair of the British Dental Association, said: ‘The government remains committed to a byzantine system that has failed both dentists and their patients.

‘These targets might suit a Whitehall spreadsheet but do not reflect the reality of millions of people receiving and seeking NHS treatment.

‘From day one these arbitrary targets have proved a real obstacle for new NHS patients.

‘Dentists often have more patients lining up than they have UDAs, but the UDA must come first.

‘Successive governments appear to have been more attached to acronyms than to patients seeking care.

‘When dentists ‘over perform’ and treat more NHS patients than they are allocated, that’s not ‘success’, and they pay for it out of their own pockets.

‘Many would like to see more patients, but this is impossible within rigid contracts.

‘Money being clawed back from dentistry is not being reinvested in dentistry.

‘We have a shrinking budget that only covers 56% of the population.

‘For far too long oral health has been left out of the health debate, and this new evidence provides fresh impetus for government to reassess its agenda.

‘Two watered-down versions of the UDA are now going into trials as a possible basis for a new dental contract.

‘We want to see prevention at the heart of dentistry.

‘We want real and agreed clarity for both patients and practitioners on what the NHS will cover, and at what cost.

‘None of that will be possible until the UDA is consigned to the dustbin of history.’