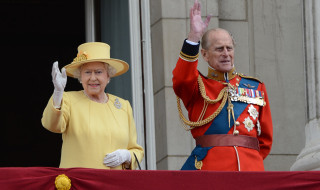 It was said of King Charles II that he ‘never said a foolish thing, nor ever did a wise one’.

Too true the King replied: ‘For my words are my own, and my actions are my ministers’.’

I thought of that as I watched the state opening of parliament, but now, 350 years later, the reverse is true.

The words Her Majesty spoke were written by her ministers, but her actions are her own.

She spoke over 1,000 words, but none on dentistry, although on the NHS she said her Government would implement the NHS’ five-year plan and increase the health budget.

There was mention of ‘integrating healthcare and social care’ and ensuring the NHS works on a seven-day basis, but no mention of any legislation to improve the performance of the General Dental Council (GDC) and other health regulators.

The GDC expressed ‘extreme disappointment’ at this omission.

It said that yet again ‘a Bill to reform professional regulation in the interests of patients and the public was not in the Queen’s Speech, despite widespread consensus that it is necessary.’

However looking on the bright side, the GDC said the delay offered more time for a fresh look at how it protects patients by ‘designing a much more workable system of resolving complaints about dental professionals’.

Chairman Mick Armstrong said that it wasn’t rocket science and the Government needed to ‘make time to fix a broken system of regulation’.

He said: ‘Let’s keep officials from twiddling their thumbs.’

The Prime Minister had made a pledge, and it should be honoured.

Mick called on the Government to set out a clear timetable.

Whether this robust response will move the Government remains to be seen, but the profession’s eyes will now be on the new team at the Department of Health.

A final thought – did you notice above a reference in the Queen’s Speech to ensuring that the NHS works on a ‘seven-day basis’?

This means hospitals, it means GPs, but does it include dentists?

Time will tell, but I understand that NHS England are now awarding new dental contracts to practices with extended opening hours.