The Government’s outlook for dentistry 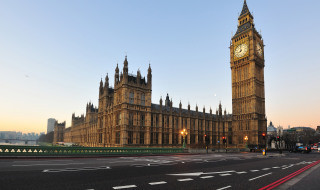 The Government’s outlook for dentistry

I read Kevin Lewis’ blog last week on the Dentistry website about the permutations of the Government in the event of a hung parliament.

I also saw the British Dental Association’s (BDA’s) expression of regret that none of the manifestos of the major parties mentioned dentistry.

This will be the 14th general election at which I have been eligible to vote (and the 19th during my lifetime), so I am a bit of an old cynic when it comes to political promises made in manifestos.

I agree with the BDA and others that there are pressing problems for the profession and our patients, including the high numbers of children referred for extractions, the General Dental Council (GDC) and the pace of piloting a new contract.

But I do question whether the absence of these problems in the manifestos will make the slightest bit of difference.

As far as your average politician is concerned healthcare means ‘our NHS’ and its funding.

The nearest they will get to a pledge on dentistry is a commitment for patients to be able to see ‘an NHS dentist’; beyond that all is a haze.

The consensus of opinion is that there will be a hung parliament, with or without a ruling coalition agreement, although often portrayed as weak, I have to ask whether it is not a workable if not an ideal situation.

Some weeks ago I heard a couple of programmes featuring MPs elected in 2010.

Those in opposition were told all they could do was oppose.

Everything the Government suggested they had to oppose, even if they thought it right.

Everything they suggested was not accepted because they were an opposition MP.

All parties agree about the basics of dental care, based on Jimmy Steele’s report five years ago.

All suggestions for improvement should be gratefully received whether they come from the Government or opposition MPs.