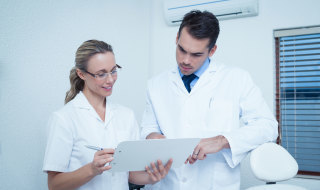 The Department of Health has announced 62 pilot practices will become prototype practices for the NHS contract in England.

These prototypes contain the UDA (unit of dental activity) measure as well as payments for capitation and quality.

There will be two types of prototypes with varying UDA targets and the British Dental Association (BDA) has pointed out its view is that payment should be based on capitation only.

‘At last we seem to be moving forward on a reformed dental contract, but it is still too early to describe today’s launch as progress,’ Henrik Overgaard-Nielsen, chair of the BDA’s General Dental Practice Committee, said.

‘The BDA believes that the two prototype options on offer are decidedly unambitious, as the department has proved unwilling to make a clean break from discredited activity targets in the shape of the UDA system.

‘Both NHS dentists and their patients deserve a contract with a square focus on prevention, and neither option being tested goes far enough in meeting that objective.

The BDA has indicated it will be reaching out to all practices that have been involved in the pilot process.

It has said it will offer support and assistance, as they either move forward to the prototype system or revert to previous contracting arrangements.

‘It is also vital that practices who took part in the contract pilots, but are not proceeding to prototypes, do not lose out,’ Henrik continued.

‘These practices volunteered in good faith, were given reassurances and have made a significant sacrifice on behalf of their colleagues.

‘As they revert to the tarnished UDA system, it is important that they do not take a big financial hit.

‘We will be reaching out to all the practices that have been involved in the process to date to ensure their voices are heard.’

8hr
|
Dentistry
Dentistry Online uses cookies to give the best experience. If you continue to use our site, we will assume that you agree to the use of such cookies. Read More.
Accept