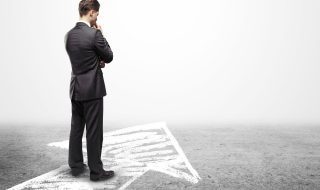 Nigel Jones contemplates the forthcoming general election, and considers the ‘what if’ scenarios for the dental industry.

It’s going to be a fascinating few weeks. Or rather, maybe it will be a tortuous few weeks culminating in a fascinating day on the 7 May. Whatever your degree of interest in the fervent campaigning to which we will all be subjected, it would take a brave person to confidently predict the outcome and the aftermath of this year’s general election.

We could be in for months of uncertainty, which is not very helpful for any business owner trying to plan their future, and the owners of dental practices are far from immune.

That is particularly the case for those wholly or in a large part dependent on the NHS because, weaponised or not, the NHS is a massive issue for any new administration. The King’s Fund’s recent descriptions of ‘bewildering’, ‘disastrous’ and ‘radical’ changes in respect of the Coalition’s reforms and its use of terms like ‘crying wolf’ and ‘ill-founded’ in respect of claims from Labour over privatisation, are unlikely to leave many of us feeling there is clarity over the future of the NHS, whoever holds the balance of power.

So, given the enormity of the challenge, what if the new administration heeds the advice of the King’s Fund and avoids another top down reorganisation? What if the comfort that there will be five years to recover the trust of the electorate, means the debate shifts towards more open and transparent discussions around rationalising services available under the NHS? Such a debate could have some potentially interesting implications for dentistry.

A frustrating pace of change

I’m not sure I’d bet on any government having the confidence that – despite the almost daily reminders of our ageing population, the increased prevalence of long-term conditions and frightening cancer statistics – the general public are ready to confront harsh realities about the religion that is the NHS. But, if Cameron feels bold enough to open up the potential to link benefits to obesity, you never know.

Certainly, there are the conspiracy theorists who have suggested that the frustrating pace of change of the reform programme, as acknowledged by Lord Howe, has much to do with buying time to get past the election before potentially more radical proposals are ushered in during the early months of a new parliamentary term.

However, this is straying into the realms of fantasy and more plausible is the official line that the reform programme team are taking a measured approach to ensure the avoidance of the undeniable challenges that accompanied previous dental contract reforms. Those who lived through the pain of the ‘revolutionary’ introduction of the 2006 contract are unlikely to argue with the wisdom of such reasoning.

The future of NHS dentistry

So, what if we take the current information about the reform programme at face value and ignore the vague possibility that a new government may do something substantially different? What does the world of NHS dentistry look like if we roll forward five years, to the earliest date at which one of the prototypes will be the prevalent contractual form?

Well, the information that came out in January confirmed the intention to keep the pathway approach, first seen in the pilots, at the heart of any reformed contract. Few could argue that the pilots largely demonstrated that a more preventive approach had benefits for patients that actually led to greater job satisfaction among dentists who felt incentivised to focus on the right things

(incentivised in the context of mostly having protected contract values).

However, we also know from the pilots that there was a reduction in access, which many have attributed to the additional time required to follow the pathway appropriately.

This extended time is an issue acknowledged in the overview document on the prototypes, which also makes reference to the difficulty dentists found in extending the recall intervals to the extent the guidance suggested with both individual clinical judgement and patient preference, indicating a desire to stick with shorter recall intervals.

This may well reflect just how deeply the mind-set about six-monthly visits is imbedded in the public psyche and, unfairly or not, attempts to lengthen recall visits risk being seen as a cynical exercise in saving money rather than a true adaptation to specific health needs.

The overview document states that, in theory, capitation systems drive longer recall periods and decrease treatment levels per patient resulting in patient numbers per dentist increasing. It was clearly a surprise to the reform programme team that, in the pilots, this didn’t over rule the six-monthly recall mind-set, although explanations are offered in the form of the lack of tools and support to manage access in the early pilot stages and also the lack of financial risk in the pilots.

Whatever the reasons, it’s clear that capitation is seen as a very useful lever to achieve the desired preventive outcomes from the reshaped contract, and it is currently intended to be a key element of whichever contractual form emerges from the prototypes.

Something that did happen in the pilots as expected was a reduction in treatment volumes, although there was a greater fall across the board and much wider variation between pilot practices than had been anticipated.

This leads to an interesting, though far from earth-shattering, acknowledgement in the overview document about how system metrics and their effect on financial risk and reward have an influence on the kind of care that is delivered.

Full activity systems, we are told, carry the risk of over-treatment, while full capitation carries the risk of under treatment or neglect, such that the level of safeguarding needed would be unrealistic financially and operationally.

This has led to the conclusion that some form of activity payment needs to be blended, to coin a phrase, with the capitation payment to strike the right balance of incentives and the prototypes are specifically designed to answer the question of where to draw the line – should capitation be reserved for just the band 1 elements of the current contract, blend A, or should it extend to also include some of band 2, blend B?

In many ways, this is old news as Practice Plan has, since 1995, been championing and helping private practices successfully implement what is effectively the structure of blend A. However, there is a key difference in that it is the practice owners that determine the fee they will receive for both the capitation and activity elements so that different practices can reflect differences in overhead costs and the style of care.

As stated in the ‘next steps: beyond prototypes’ chapter, issues such as national pricing will need further consideration prior to roll out, but it’s hard to imagine anything other than an approach with minimal flexibility, probably based on an extreme variance to demographic ‘norms’.

Also, those with memories of the pilots of children’s capitation in the run up to the 1990 ‘new’ contract when, if memory serves me correctly, fees in the rollout were lower than fees in the pilots, may also feel uneasy.

The other key element of the prototypes that has survived the pilots is that of the Dental Quality Outcomes Framework (DQOF). This represents a departure from the structural information that the NHS has historically recorded as it moves toward quality indicators, such as clinical effectiveness outcome measures of dental caries and periodontal health, as well as measures of patient experience.

This has particular significance for contract holders as up to 10% of the total contract value is at risk depending on performance against these indicators.

This has not been the case in the pilots because, it is implied, the volume of data collected, the development of new software to support the measures and the adjustment to a new way of working for the pilotees, meant data was insufficiently robust to provide a fair result for participants.

Although reassuring comments are made about addressing such issues adequately before a national rollout, the sheer complexity must be unnerving for contract holders, especially when, in financial terms, the only way is down.

And therein lies probably the most likely source of anxiety among NHS dentists when it comes to trying to envisage what their world will look like in five years time.

The probable contract has the feel of something that will be significantly more complex than previously experienced, will require time and effort to minimise the risk of falling foul of the various measures, and has to be funded out of current budget levels as there will be no more money.

As acknowledged in the ‘learning from the pilots’ section of the overview document, aligning financial drivers with clinical drivers and delivering value for money is complex and in this age of austerity, while there will no doubt be some winners within the dental profession, it is hard to imagine that the alignment will be achieved in any other way than at the expense of most NHS dentists.