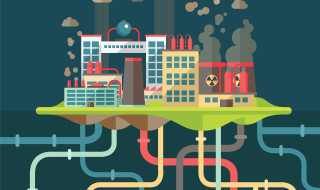 The appearance of Evlynne Gilvarry and Bill Moyes, the CEO/registrar and chair of the General Dental Council (GDC) respectively, before the members of the Commons Health Select Committee on 11 March, was hardly a cathartic experience for anyone. It was always likely to be uncomfortable rather than terminal, as any regular voyeurs of the parliamentary process would know.

But it was revealing nevertheless. Revealing in the sense of confirming what many people knew already and many others had suspected. The GDC really does not accept that there is very much wrong with its fitness to practise (FtP) procedures and anyone who challenges them needs to be pitied for their ignorance and swept away like a fly on the nose of a cow.

The committee members brandished their scalpels and eased their retractors into position and yet the vital organs of the GDC never quite came into view.

The big issue was the standards against which registrants are being measured, and flowing from this, the incorrect application of the statutory ‘three part test’ by committees. This called into question some of the experts used by the GDC when prosecuting cases and their level of real understanding of the standards that they were quoting and using as their benchmark. One committee member pointed out that the Faculty of General Dental Practitioners (whose standards documents were regularly quoted in FtP cases) had stated that its standards were being wrongly interpreted, and the assessors commissioned by the GDC were falling into the same trap.

In another manifestation of the denial regarding the incorrect application of the standards, the GDC team did not accept that too many cases were being referred inappropriately to the interim orders committee (IOC). This stance would possibly qualify them for membership of the Flat Earth Society given the strike rate of how many interim orders end up not being made, coupled with the 50% increase in planned IOC days in the assumptions underpinning the original 64% rise in annual retention fee.

(The cause is hidden but the result is known).

Some statistics were bandied about, but none of them really threw any light on why, after two or three attempts to get it right, the FtP processes were still in such a broken state. I think the aim was to refute any suggestions of brokenness but when you are suggesting a load of changes you can hardly argue at the same time that everything is as sweet as a nut – although they had a pretty good try.

The GDC’s ill-fated decision to advertise for complaints last year was bound to be a sticky moment, and so it proved. It was accepted by the CEO that this had acted as a lightning rod to channel the profession’s anger at that time, and with hindsight was a mistake. She did say that they had got it wrong and she was really sorry.

It was apposite, given that the advertisements had encouraged patients to complain directly to the dental complaints service rather than use dentist’s own in-house procedures, that the question arose of the GDC’s somewhat ambiguous stance on local resolution. This line of questioning was promising but not entirely productive, having some of the hallmarks of The Two Ronnies sketch, which involved answering the penultimate question rather than the one that had just been posed.

The GDC was asked how long it planned to keep saying that lessons had been learned. I didn’t quite catch the reply but one can safely assume that it was something like ‘for the foreseeable future’.

Some time was spent on whether the GDC really knew enough about the profession it was regulating and if not, what it was doing about that. The GDC felt that this kind of first-hand knowledge was not necessary as long as they had access to information.

An interesting question from one of the committee members was how the GDC could possibly know what it doesn’t know. At this stage it became apparent that Bill Moyes had a speaking part, because he took this opportunity to point out that half of the council members are registrants. Not sure that this answered the question but it did elicit the helpful clarification that none of the senior management team at the GDC had any previous background in dentistry. So that’s alright then.

The GDC was asked if that gulf in understanding lay at the heart of the loss of trust that was present today, but it wouldn’t be drawn on whether there was such a loss of trust. Approaching the same question from a different angle, the GDC was asked how satisfied it thought the profession was with its performance. The fact that the GDC’s reply – along the lines of ‘we are not here for the profession, we are here for patients’ – is technically correct, does not make the landing any softer and it does perpetuate the perception that ‘we really don’t give two hoots what the profession thinks’. One enters very dangerous territory when a regulator loses the trust and confidence of those that are being regulated, and this becomes treacherous ground indeed when it doesn’t look or sound like there is a plan to reverse that, or even a recognition that this is necessary.

Against the background of the Professional Standards Authority (PSA) investigation, which has yet to reach the public domain, it was inevitable that the dreaded ‘W’ word would be used at some stage. The committee asked about whether the GDC’s own staff could raise concerns. The reply was there is ‘obviously’ an internal whistleblowing policy well communicated to staff. Nobody dare ask if it was regularly used.

There was an interesting interlude that involved asking the GDC whether there were any useful lessons to be learned from the experiences of other regulators such as the General Medical Council (GMC). The GDC talks regularly to all the other regulators but they are different and what works for them won’t work for the GDC. But – a ray of hope – the GMC experience of the use of undertakings was ‘most helpful’.

(I believe it because it is absurd)

So in short everything in the garden of 37 Wimpole Street is rosy. Anyone who says it’s not rosy is mistaken, or has a vested interest, or a vexatious motive.

Towards the end of the grilling there was a brief reference to the fact that the section 60 order, which the GDC had made so central to its ability to make necessary changes and therefore improve, would not now happen in this parliament as there was no longer sufficient parliamentary time available ahead of the fast-approaching general election.

So Bill and Evlynne can breathe again and get back to the day job. I don’t think the select committee is any the wiser, and nor is the profession. But it was a day out, I guess.