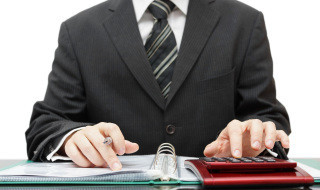 Pay review chiefs have been criticised for failing to negotiate, after a small increase in expenses for general dental practitioners (GDPs).

The annual pay award for doctors and dentists contained few surprises, because Jeremy Hunt had already announced a two-year deal when he announced last year’s settlement.

That decision sparked anger because Mr Hunt rejected an independent review body’s call for an across-the-board 1% rise for salaried and hospital dentists.

Instead, dentists on ‘progression pay’, an annual increase, linked to length of service and skills, received only that salary hike, not the proposed 1% – a settlement to be repeated in 2015/16.

The focus in the latest announcement was on Mr Hunt’s decision to increase GDP earnings by 1.34%, in line with the retail price index excluding mortgage interest payments (RPIX).

In a statement to MPs, he said: ‘We intend to use the methods employed by the review body in previous years to calculate the overall contract uplift.

‘The staff expenses element of the formula will be the maximum possible under public sector pay policy.’

But the British Dental Association (BDA) attacked the ‘wrong approach, wrong conclusions’, aiming its fire at the Review Body on Doctors’ and Dentists’ Remuneration (DDRB) for ducking the challenge of reform.

John Milne, chair of the BDA’s General Dental Practice Committee (GDPC), said: ‘The DDRB has backed a low uplift and placed dental expenses on the too difficult list.

‘So now we have the unedifying sight of the government stepping in to provide a quick fix as a substitute for meaningful negotiation.

‘What we need is a fit and proper mechanism for establishing an uplift for expenses, not last minute improvisation.

The decision had ‘yet again failed to grasp the 25% decline in real incomes since 2006’, the BDA said.