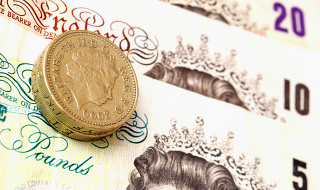 The introduction of the Care Quality Commission (CQC) to the dental profession was not without controversy.

The administrative burden placed upon the profession seemed excessive and was compounded by hefty fees.

Paying for self-regulation has always been a significant part of being in a profession; however, with the growing role of the Government in regulatory matters, our registration fees begin to more closely resemble taxation.

Initially the CQC had a number of start-up costs so our fees were effectively front-loaded, however the majority of our current fees now go towards practice inspections.

Information released under the freedom of information act confirms that the CQC has estimated that it cost £16M per annum and £1,600 per location per annum (for around 10,000 locations) in 2012/13.

In 2013/14, the CQC reassessed the time needed for assessment and reduced its estimates.

In 2014/15 it had become clear that inspections took a three-year cycle rather than two, placing estimates at £8M per annum, therefore £800 per location.

The CQC now considers dentists to be very close to full cost recovery.

In its signposting document A fresh start for the regulation of and inspection of primary care dental services it states that: ‘We will develop a resource model that, in the short term, will enable us to inspect approximately 10% of providers, starting from April 2015.’

Under the freedom of information request the CQC clarifies: ‘We do not make any reference to what this does to our costs, though it is understandable that this would suggest a fall in costs.’

In the CQC’s monthly newsletter, chief executive, David Behan, states that the CQC is not proposing to increase dentists’ fees as ‘we already recover the full chargeable costs of regulating this sector’ and that the CQC is ‘…committed to making sure that fee charges are fair, proportionate and transparent’.

However, it strikes me that the CQC is already meeting its costs from the dental sector, and despite savings there are no real plans to pass this on the profession.

The question is, are dentists likely to have their registration fees slashed?