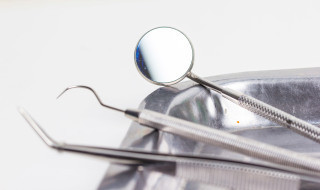 There is not enough evidence that proposed measures to protect patients from contracting the human form of ‘mad cow disease’ will work, a health minister has said.

Answering a Commons debate, Jane Ellison mounted a strong defence of what MPs have called ‘inaction’ over the risk of the spread of variant Creutzfeldt-Jakob Disease (vCJD).

A report by a Commons committee last year accused ministers of being more interested in saving money and of having a ‘casual attitude’, when the risks were still unknown.

The stinging criticisms – by the science and technology committee – followed warnings, dating back a decade, that patients undergoing routine dental treatments can be exposed to vCJD infection.

But Mrs Ellison told MPs there was insufficient evidence to introduce either:

Mrs Ellison said the ‘soak’, made by the firm Dupont, had been assessed by a Rapid Review Panel (RRP), but given only a level two rating – not the level one required for NHS use.

She told MPs: ‘It would be unfair on the manufacturers of other level two-rated products to change, unilaterally, the RRP processes for one product.

‘As it stands, it is not formulated in a way that could be used in standard NHS decontamination processes.’

On the proposed test – developed by Professor Collinge, at the UCL Institute of Neurology – the minister said the Advisory Committee on Dangerous Pathogens (ACDP) had concluded it was flawed.

It produced a positive result in seven out of 10 cases, but only from patients with ‘known and clinically diagnosed vCJD’.

Mrs Ellison added: ‘Unfortunately, however, that is not what we need if we are looking for evidence of vCJD in those with no clinical signs.’

The minister said there had been only one case of vCJD since 2010 anywhere in the UK – and no evidence of any person-to-person transmissions via surgery or dentistry.

And she told MPs: ‘There is no hint of complacency over the issue on the part of the Government, the Department of Health, me, the chief medical officer or anyone else.’

But Sir Paul Beresford, the chairman of the all-party parliamentary group on dentistry, described the Government’s response as ‘poor’ and a ‘complete dodge’.

The Conservative MP, and practising dentist, urged ministers to fund a blood test and enforce the use of Relyon, or its equivalent, by ‘every dentist, hospital and clinic’.

Sir Paul said: ‘I hope that, when the minister takes no action, she recognises that the absence of evidence is not evidence of absence.

‘Research says prions are transmittable by blood products and by contaminated surgical instruments, as the prions resist sterilisation on stainless steel.

‘I do not want my grandchildren to be the generation that sees the re-emergence of vCJD and to ask me, if I am still around, why my generation did not act.