What is the purpose of the GDC? 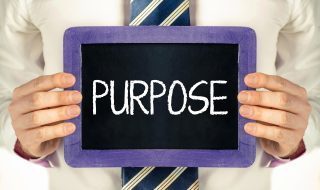 What is the purpose of the GDC?

The Government’s response to the Law Commission’s report on the regulation of health and social care professionals is neither an easy nor a light read.

Both the response and the original report were drafted by lawyers after all.

But hidden away in the 117 pages of the response are some golden nuggets of information.

Early on it defines the ‘general objectives’ of a regulatory body, such as the General Dental Council (GDC).

The Government’s view is that there should be an over-arching objective of the protection of the public.

The regulatory bodies should ‘look to satisfy this through applying equal consideration to the three objectives put forward by the Law Commissions.

The Government says that the three objectives should have equal weighting.

They argue that ‘reductions in public confidence in health professionals, or an actual or perceived fall in professional standards, risks the public becoming wary of seeking appropriate professional care when it is needed’.

Back in the summer, during his Malcolm Pendlebury lecture, the GDC chair Bill Moyes said that he estimated that 17% of the dental profession were the subject of some form of complaint.

He described this as ‘staggeringly high’ and said that this undermined ‘somewhat the proposition that there is a high level of patient satisfaction with dentistry.’

The question I ask is whether this sort of talk from the head of the GDC promotes and maintains public confidence in the profession.

I would suggest not.

Furthermore the GDC’s insistence on encouraging complaints, through the now notorious advertisement and publicising the 110% increase in complaints further undermines the public’s confidence in the profession and may indeed make the public ‘wary’ of seeking care from their dentist.

They certainly shouldn’t and the Law Commission said it would not be appropriate for regulatory bodies to have the power to run their own consumer complaints services ‘as it would create a potential conflict of interest with their regulatory functions’.

When the GDC appears before the Health Select Committee next month, these are some of the searching questions it should be asked.