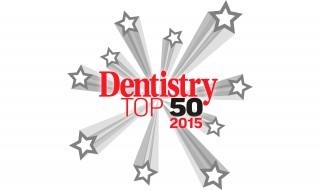 The time has come again for you to vote for who you feel is most influential in Dentistry magazine’s Dentistry Top 50.

It’s that time of year again to start sending in your votes to make sure those in dentistry get the recognition they deserve from their peers.

This is the 10th year of the prestigious Dentistry Top 50 where the readers of Dentistry and visitors to www.dentistry.co.uk are invited to vote for the people in the UK dental profession who they feel are the most influential.

You can vote for your boss, a valued team member, respected academics, prominent association leaders, important political figures, astute media analysts, it’s entirely up to you.

Once all the votes are in, we’ll count them up and then reveal in Dentistry magazine the 50 people who received the most nominations.

Earl Howe had recently been appointed as a privy counsellor and last year announced that the prototype contracts were to start in early 2015, saying they would be ‘evolutionary not revolutionary’.

Will Earl Howe hold onto the crown for another year? Will it be someone else? Could this year see the first female at the number one spot?

Over the last year there have been numerous events that have caught the dental industry’s attention, including the British Dental Association vs General Dental Council judicial review, the launch of the new prototype contracts, the announcement of Barry Cockcroft, the chief dental officer’s retirement, Sir Paul Beresford’s constant battle to extend the HPV vaccination to both boys and girls and plenty of other breaking dental news.

This poll is open to all readers of Dentistry magazine and users of www.dentistry.co.uk.

You can vote by filling in the form found at www.dentistry.co.uk/top50.

The Lifetime Contribution Award has now been running for three years and proudly boasts Edward Lynch as 2014’s winner.

Edward is highly sought after as a lecturer at prestigious world courses and he won numerous lifetime awards during 2013.

Have a look through the names and vote for the person you feel deserves the Lifetime Contribution award.

This is a sideline to our annual top 50 poll, and is separate to the main event.

The name of the person who receives the most votes will be revealed in the same issue as our top 50 list.