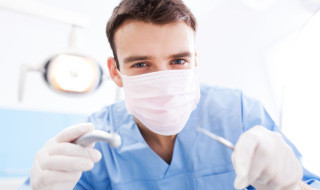 Practice Plan reflects on what the reformed contract is likely to offer dentists who stay within the NHS.

Back in 2011, when the idea of updating the 2006 contract first came to the attention of the dental profession, there were both positive and negative murmurs regarding what this might mean in reality. The coalition government declared its commitment to a new contract based upon capitation, quality and registration, considering these to be key to achieving improved oral health and access to NHS dentistry across the UK.

Until the new contract has been agreed, NHS dentists not in the pilot will continue to work within the parameters of the 2006 version, with a few minor changes.

After taking account of the recommendation of the Doctors’ and Dentists’ Review Body, the Department of Health has decided to uplift all general dental service contracts and primary dental service agreements by 1.6% to allow for a 1% increase in pay and for increases in expenses.

There’s also an efficiency package in place, one aim of which is to reduce costs associated with unnecessary activity. Furthermore, there will be no increase in funding to reflect any increased complexity required for a successful treatment outcome. Payments for maternal, paternal and sickness leave are also to be amended by 0.2%, while the foundation trainee salary is to reduce over time to place it on a par with that of first-year, post-registration doctors.

Meanwhile, the computerisation of dental practices is set to continue, to facilitate the delivery of the new dental contract reform proposals.

In addition, as part of the package of measures for 14/15, the British Dental Association (BDA) General Dental Practice Committee has agreed to work with the NHS to help develop strategies on:

What may happen this year and beyond is difficult to predict, not least because there is a general election in May. Plus Barry Cockcroft recently resigned, so we’re in for a new chief dental officer soon. However, let’s put all that to one side for a moment and consider what we’ve learned so far.

Between July and September 2011, 70 practices started their role as new contract pilots, testing a prevention-based clinical pathway. Beginning with an oral health assessment, the idea is that patients will be advised of their oral health risk status based on a red/amber/green rating and provided with a self-care plan on what they can do to maintain or improve their oral health.

Early indications suggested that the pathway needed to be streamlined to make it easier and faster to apply, since it was found to take up more time than the previous model. To give you some idea of how this affected the pilot practices, anonymous quotes were published in the early findings report, including:

These clinician comments suggest that, as expected, there are pros and cons to be ironed out. How the pathway should actually operate is something that we can hope to be honed as we get nearer to the new contract’s implementation.

In February 2014, the Department of Health published the second report from the dental contract pilots’ evidence and learning reference group. In it, Professor Jimmy Steele writes: ‘The NHS dental contract pilots are exploring how we can shift the focus of NHS dentistry towards prevention and oral health rather than focusing primarily on treatment and repair. They’re seeking to achieve this through two related mechanisms:

What we learned from this report was that patients and dentists appeared to like the concept of the pathway, and that it was succeeding in managing and reducing oral health risks, although little was known about advanced care. It was also clear that the traffic light system was being used in different ways by different dentists, and the system needs to be standardised. In terms of the software introduced, further work was needed to complement the pathway approach, as well as to make the software quicker and easier to use.

Then there is the question of affordability. With an ever-stretched NHS, what will the level of funding be to underpin the new contract? How can the Department of Health meet the challenges of achieving both quality and quantity objectives within a limited budget? These are all issues that, again, we can expect to be refined come new contract implementation.

One very interesting addition to the new contract journey in 2014 was that of alternative contract reform. In October a group of local dental committees produced a proposal for a possible alternative. Built on the Department of Health’s consultation exercise earlier in the year and the experiences of those piloting the government’s proposed contract, it offers a blended contract incentivising access, activity and quality.

The activity section has eight bands, facilitating increasing levels of complexity and recalibrating the remuneration system, the aim of which is to offer greater patient care. Although activity is measured in much the same way as it is in the 2006 contract, the alternative contract does allow units of dental activity to be exchanged for more specialist care, domiciliary care, minor oral surgery and more complex endodontics. As for quality, this section was developed around characteristics of good practice.

Offering an interesting alternative, its impact has yet to be seen. What seems clear is that it would need refinement via a consultation process and piloting before it could be considered.

Only time will tell

Whatever the future holds for NHS dentistry, we can all agree that prevention is the way forward, patient welfare must come first, education is key to improved oral health, and remuneration needs to be fair. Whether the government can deliver a new contract that lives up to those requirements remains to be seen but, given the amount of time the process is taking, the profession can but hope.

Practice Plan is one of the UK’s leading providers of practice-branded dental plans. It has been supporting dentists with NHS conversions for more than 20 years, helping them to evaluate their options and, for those who decide to make the change, guide them through a safe and successful transition to private practice. If you’re thinking about your future and would like some expert advice you can trust, then call 01691 684120 or visit www.practiceplan.co.uk/nhs.