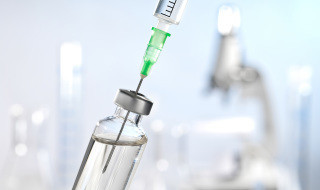 A senior MP has attacked a long delay before a decision on whether to give boys a vaccine to cut the soaring number of cases of mouth cancer.

Health chiefs are examining whether to extend the human papilloma virus (HPV) vaccine – given to all year eight girls since 2008, to prevent cervical cancer – to boys aged 12 and 13.

The move follows warnings of a near ‘epidemic’ in head and neck cancers, including of the mouth, lips and salivary glands, when the virus is transmitted – by intercourse, including oral sex.

Now it has been revealed that the Joint Committee on Vaccination and Immunisation (JCVI) will not reach a decision on extension to adolescent boys until 2017, at the earliest.

A decision was expected this year – but that will now cover only whether to give the vaccine to ‘men who have sex with men’, the House of Lords was told.

Sir Paul Beresford, the chairman of the all-party parliamentary group on dentistry, who has repeatedly raised the issue in the commons, criticised the two-year delay.

He said: ‘This is a short-sighted decision, because this particular virus aids and abets up to 30% of head and neck cancers.

‘These cancers are extremely hard to treat, are devastating for the patient and survival rates are not great.

‘Effectively, 50% of the population are not being given the added protection that could so easily be available.’

Sir Paul said the inoculation authorities were notoriously ‘slow to deal with issues’, adding: ‘It’s about time they thought above the waist.’

The MP has previously warned that dentists face the risk of being sued by angry patients, if they fail to spot mouth cancers.

Meanwhile, a coalition of 36 health groups and charities is also demanding quick action, arguing the spread of the diseases is ‘entirely preventable’ – at the cost of a £45 vaccine.

Peter Baker, campaign director of HPV Action, told the London Evening Standard: ‘We had thought a decision would be made later this year, but it now won’t be until 2017.

‘In the meantime, every year that passes leaves more than 367,000 boys per year at risk of developing a preventable HPV-related disease in later life.’

But, during a Lords debate, health minister Earl Howe said the JCVI and Public Health England required more time to assess the cost-effectiveness of giving the vaccine to boys – a cost of about £22m a year.

‘It is essential that the JCVI does its work thoroughly and comprehensively before finalising its advice to the Government.’

Earl Howe said the JCVI believed the high coverage rates achieved for adolescent girls ‘provide indirect protection for boys to such an extent that there may be little additional benefit from extending the programme’.