BDA responds to Which? investigation over dental costs and treatment options 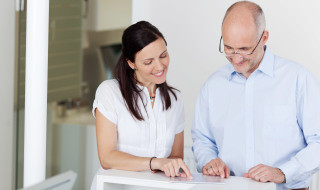 BDA responds to Which? investigation over dental costs and treatment options

Which? has published a recent investigation showing that patients are confused about the costs and options for their treatment because some dentists aren’t explaining dental prices upfront, or being clear about what NHS treatment patients may be entitled to.

The investigation included sending undercover researchers as NHS patients into the dentist’s chair in 25 dental practices offering both NHS and private dental care.

The undercover visits showed that dentists were weakest at explaining NHS and private treatment options, with nearly half of the mystery-shopping visits (12 out of 25) rated poor or very poor.

Which? explains that it found a ‘muddled middle’ where the difference between NHS and private options needs to be clearer.

On four of its undercover visits, the researchers, who should have been offered an NHS scale and polish and advice on looking after their teeth and gums, were only offered a private hygienist appointment.

Half of the undercover researchers from Which? saw a price list prominently displayed, with the majority of practices not showing any private prices.

The researchers also found fewer than half (eight out of 20) of those eligible for a written treatment plan were given one after their visit to the dentist.

One of the panel said of one mystery-shopping visit: ‘The treatment plan was vague and gave the patient no idea whether she would be paying band 1, 2 or 3 – which ranges from £18.50 to £219.’

Mick Armstrong, chair of the British Dental Association (BDA) said: ‘It is essential that patients have a clear understanding about treatment options and costs when they visit their dentist.

‘Unfortunately the rules determined by the Government have proved a recipe for confusion.

‘Neither the NHS contract nor what the NHS will pay for is clear enough.

‘It’s a system that is failing patients and practitioners alike.

‘In the narrow window available in a time-pressed NHS, a dentist must explain not just the technical details of clinical treatment options, but also the workings of the payment system and where the NHS and private treatment cross-over.

‘With such a muddled set of arrangements, the system almost sets up the dentists working in it to fail.

‘The BDA supports recommendations about clear published price lists as this helps to ensure both the patient and the dentist share a common understanding.

‘NHS posters (found here) are not exactly eye-catching, so we are not really surprised that a minority of patients don’t remember seeing them long after their visit – but that doesn’t necessarily mean that they weren’t there.

‘Nearly all 10,000 practices in England have been inspected by the CQC and 95% have met its overall inspection standard.

‘Whilst this Which? survey paints a mixed picture, evidence continues to show that the public consistently value their visits to the dentist.

‘New data from NHS England published just this month suggests that 84% of recent patients viewed their experience as positive.

‘We take our responsibilities seriously, but the Government must do more to remove the potential for conflict or confusion.

‘We need an NHS offer for patients and an NHS contract for dentists that are clear to all.’