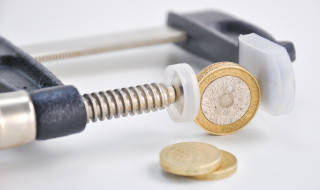 Dentists face a further pay squeeze whoever wins the general election, following the first sparring in the four-month campaign.

Labour responded to Conservative allegations that it planned a £20bn spending splurge if it wins power in May by reinforcing its tough stance on public sector pay.

Ed Balls, the shadow chancellor, said there was no question of unpicking Coalition plans for further real-terms pay cuts – and basic pay freezes in some cases – unless departments can find internal savings.

And he warned staff: ‘The priority next year for us is going to be putting money into more doctors and nurses rather than pay.’

The stance suggests Labour will stick with health secretary, Jeremy Hunt’s, controversial veto of a recommended across-the-board 1% rise for salaried and hospital dentists, from April.

A year ago, Mr Hunt sparked anger by giving dentists on ‘progression pay’ – an annual increase, linked to length of service and skills – only that salary rise, not the proposed 1%.

And he took the unusual step of asking the Review Body on Doctors’ and Dentists’ Remuneration (DDRB) to make no further pre-election recommendation – ensuring the settlement will be repeated in 2015-16.

Last year, the health secretary also hacked back the recommended increase in gross earnings for general dental practitioners (GDPs) from 1.8 % to 1.6 %.

The package was heavily criticised by the British Dental Association, which accused Mr Hunt of ‘undermining a fundamental principle on which pay scales are based’.

The British Dental Association (BDA) also warned support for salaried primary care dentistry was ‘ebbing away, with staff posts not being filled and facilities left to decline.’

And it described Mr Hunt’s suggestion that patient care would otherwise be put at risk as ‘an insult to colleagues across England’.

The Department of Health acknowledged that withholding the 1% rise from all NHS staff on progression pay would save just £200m from its £110bn annual budget.

However, in an interview after a bruising start to the election campaign, Mr Balls warned: ‘I am not providing any more money for 2015-16 over and above.

‘At the time this was announced, I said it was a mistake of Jeremy Hunt to reject the pay review bodies, but I also said I can make no commitment now to find additional money to pay for that.’

The shadow chancellor pointed to Labour’s planned £2.5bn ‘Time to Care’ fund – to be largely paid for by a mansion tax – but stressed it would provide extra NHS staff, not higher pay.