The sound of music in your practice 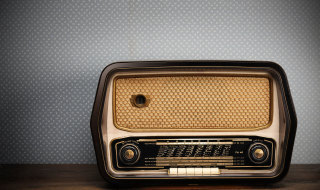 The sound of music in your practice

Most patients will prefer the sound of the radio or a CD playing in the surgery to the noise of your trusted drill.

You may not realise however, that without the correct music licences you could be breaking the law, and I am not taking about the boycotting of the General Dental Council (GDC) annual retention fee.

There are two separate collective management organisations in the UK that license the use of music and collect royalties for the music industry.

Each one represents different rightholders and have separate music licences, terms and conditions, which means that your practice will be faced with two bills to pay

The first organisation is the PPL, which is the UK-based music licensing company that licenses recorded music played in public or broadcast on the radio.

Buying a CD or downloading music electronically only allows you to use it for domestic purposes, such as listening to it at home or in your car for your own private enjoyment.

If however, you play a CD or the radio at the practice, then in almost all cases a PPL music licence will be legally required, this is because playing for your patients is considered playing music in public.

You may be familiar with a case in the European Court of Justice in 2012.

In the case of Società Consortile Fonografici v Marco Del Corso it successfully challenged the use by dentists of music for their patients in their waiting rooms did not amount to a ‘communication to the public’ with regard to this liability.

Unfortunately, this only applied to Italian law and has no bearing on the PPL that is UK based.

As it stands, the UK law currently accepts that a patient in your chair is truly a captive audience.

The second organisation is the PRS for Music and is a society that collects and distributes music licence fees for the use of musical compositions and lyrics on behalf of songwriters, composers and music publishers.

It ensures that those good people in the music industry get a fair payment for the use of their work, which as professional people we can appreciate.

It is important to remember that, although on the surface of it the PPL and PRS for Music may seem very similar, they are in fact two separate organisations.

The cost of a PPL music licence and a PRS for Music licence can depend on the size of your practice and how you use music, such as if you play it in all the surgeries or just the waiting room.

Don’t forget that if you also have the television playing, then extra costs may apply.

The cost of these music licences have to be regarded as just another cost of running a successful practice, you may not appreciate having to pay for it, but I am sure your patients will. займ 10000 рублей срочно