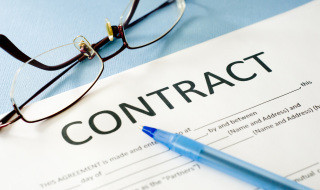 Progress towards a new dental contract is ‘frustratingly slow’, a health minister has admitted.

Dan Poulter owned up to disappointment within the profession about the failure to secure the long-promised new deal, three years after the first trials got underway.

But, with just a few months to the General Election, he insisted the coalition had, nevertheless, delivered ‘major improvements in access to dental services since 2010’.

And he said the Department of Health remained ‘delighted’ with the response of dentists who were carrying out pilots, to test elements of the proposed new dental contract.

However, speaking to the all-party parliamentary group for dentistry, Mr Poulter acknowledged some ‘robust challenge’ from the British Dental Association (BDA), through on the National Steering Group.

Mr Poulter said: ‘We are more ambitious than just seeking to improve access – we want to introduce a system that is based on a preventive approach, while ensuring that those who suffer from some disease get appropriate treatment.

‘Contract reform of this nature can be frustratingly slow and I understand the BDA’s concerns about this.

‘However we are making progress.

‘We published the early findings from the summer engagement event a couple of weeks ago and we hope to make an announcement about prototyping early in the New Year.’

The Coalition Agreement – struck between the Conservatives and Liberal Democrats, in May 2010 – pledged it would be introduced by next May’s general election.

The document states the dental contract would ‘focus on achieving good dental health and increasing access to NHS dentistry, with an additional focus on improving the oral health of schoolchildren’.

But, earlier this year, the BDA said it would be ‘some time before it’s rolled out’, because everything rested on progress with the prototypes.

At the event, Mr Poulter said continuing improvements to oral health had brought ‘the inequalities that remain more starkly into focus’.

He added: ‘We need to ensure any system does not disadvantage those with the greatest need and that is why the pilots and prototyping are so important.’