Kevin Lewis gets in the Christmas mood 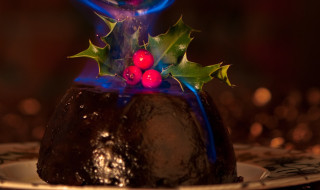 Kevin Lewis gets in the Christmas mood

Kevin Lewis gets you in the mood for the festive season with a couple of Christmas songs.

Ho, ho, ho. Don’t you just love the olde worlde charms of Marylebone Road and Wimpole Street in the run up to Christmas? Those moist and red-tinged eyes, that genial smile and avuncular demeanour, and the unmistakeable sturdy frame of Old St Mick exiting number 64 with his sack over his shoulder, bulging with all those lever arch files as he heads off in his sleigh for a yuletide trip to the High Court. Christmas just wouldn’t be Christmas without it, and 100,000 good little girls and boys all over the land (and a few naughty ones) lie open-eyed in their beds waiting to see what present Old St Mick brings back for them.

‘Donner’ and ‘blitzen’ are just a few of the words you will hear him shouting into the crisp night air if the decision doesn’t go the British Dental Association’s (BDA’s) way.

For many people in the dental profession, and many organisations in and around it (the BDA being no exception), 2014 has been a somewhat strange and difficult year. A year that many will be glad to see the back of, I suspect. I would like to think it has been a year of transition on many fronts, with good things already starting to happen and the prospect of better times ahead. Next year brings a general election, of course, and after last time around and recent events in Clacton, Heywood and Middleton, and Rochester and Strood (not to mention Scotland), who would bet how things will turn out? Don’t think for a minute that this upcoming sideshow has little or nothing to do with dentistry, because it always has an impact on healthcare and dentistry one way or the other – and almost always in terms of the priorities and the pace of any change.

One person who won’t have to deal with the aftermath this time around, though, is Barry Cockcroft who will be stepping down as chief dental officer (CDO) for England in ‘early 2015’. Through all the turmoil that has beset NHS general dental practice, Barry has certainly proved himself to be a survivor, having been in the post for a very long time compared to most of his predecessors. It is now over 12 years since he was first appointed as deputy CDO (if it seems longer than that to you, think of how it must feel for Barry) and less than three years after that he became the acting CDO briefly, and then the CDO as from July 2006. He became the first CDO for a generation with an almost wholly general dental practice and local dental committee background – and that was a significant milestone in itself. But that provenance may also have been a double-edged sword because the poor man couldn’t serve two masters and the profession’s expectations of Barry were almost certain to be unrealistic and undeliverable.

It’s time for a song. Feel welcome to sing along if the mood takes you.

Just listen to what I say, or look in the BDJ,

The hearing list’s been cut from five to three.

But the ***ttiest sight to see, is a bill from the GDC

Pinned to your front door.

Ok, so it’s rubbish. What do you expect? Lyrics? Or a celebrity video perhaps? We at FMC work with a smaller budget than M&S, Debenhams, John Lewis, Morrisons etc you know – so I do the best I can with the material I have available. Whatever happened to the Christmas spirit?

So near and yet so far

Some typos end up being better and closer to the mark than the original, and this year brought us a classic of the genre.

(With apologies to Jonah Lewie)

But it’s very cold out here in the snow

Hiding from the CQC

Oh, I say it’s tough. I have had enough

Can you stop the cavalry?

I have had to work almost every night

Claiming all those UDAs

When I was practising, many years ago

It was easier in those days

That is why I say, make it go away

Can you stop the cavalry?

Can’t you just hold back the tide

Of regulations on all sides?

Speeding ambulances of all kinds

Firms of lawyers close behind.

Hey Mr Cockcroft, what is this I hear –

Your civil servant days are done?

You’ve been there so long. Can I come along?

Let’s both head off to the sun.

Oh, I say it’s tough. We’ve both had enough

Can’t they stop the cavalry?

In the nuclear fallout zone

Where her office used to be

Upstairs at the GDC.

(Her sense of humour’s wearing thin

Since they called the Bill-ders in

It’s been a particularly testing time

Hoping things will turn out fine)

Who will take the rap?

Glad I’ll be at home… for Christmas.