A foundation year in London 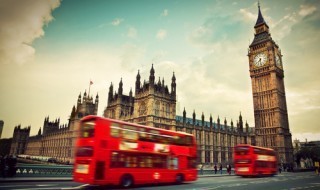 A foundation year in London

Natalie Bradley chose London for her DF1 year. Here, she explains why the capital was the right choice for her.

So you’ve got your DF1 place sorted, fantastic! But perhaps you’ve been allocated to a completely different area of the country that you’ve never lived before.

When I was choosing where I wanted to work in my foundation year my number one choice was London. Whilst a lot of my friends found this completely unattractive, I was eager to move down to the bustling capital.

A lot of people’s perception of London is one of a swarming, hostile and expensive place to live but I have found this image to be an unfair representation of the city I live in.

Yes, central London can be busy, but you learn the places to avoid in peak times. For example, Oxford Street is constantly packed with tourists but later on in the evening it’s not so bad and there are some great cheap places to eat around Soho after a spot of retail therapy.

Whilst it’s not likely that you’ll strike up a conversation with someone on the tube during the sleepy morning commute, most people are perfectly friendly and are eager to help when you’re trying to figure out which night bus to get home.

Rent is higher than in other areas of the country but there is so many different areas to explore from the trendy bars of Shoreditch, to the Asian markets in Whitechapel to the green open spaces at Hampstead.

Getting about is so easy and I find that there is so much to do down here in the capital I don’t want to go home, even though it’s only a 40-minute train journey away.

So no matter where you get for your DF1 year, make the most of where you are; whether you’re in London, a new area, or back in the place you grew up!