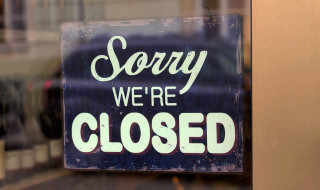 Over a month ago the area team (AT) of NHS England wrote to dental practices about maintaining services over the Christmas period, apart from the bank holidays.

The letters reminded them that the contracts stipulated the times during which access to ‘urgent and routine’ treatment must be maintained.

My first reaction was: who would pay for these opening hours?

The Department of Health, as recently as this year, defined the basis of the NHS contract as an example of an ‘activity based approach’.

The two methods of payment are incompatible and NHS England is trying to have the best of both worlds.

Our general practitioner colleagues are paid differently; they have a list of patients that they must see within defined hours, so such letters from the AT would be quite appropriate for doctors, but not dentists.

The contract says you are obliged to provide ‘urgent and routine dental services’ during normal surgery hours for your patients.

But who are your patients?

Basically those under treatment, not those you may have seen at some time during the past two years, nor those who have no dentist they can call their own.

Treating emergencies is the responsibility of the ATs and my guess is that the large numbers involved, perhaps 95% of the population, is what scares the ATs.

ATs are frightened that large numbers will turn up at hospital A&E.

But the answer is not to bully dentists into staying open when they have no need to do so.

The answer is to ask local dental committees to co-operate in setting up a local rota and pay the dentists to operate it.

The only way to deal with bullies is to stand up to them and the profession looks to the General Dental Practice Committee to do this for them.