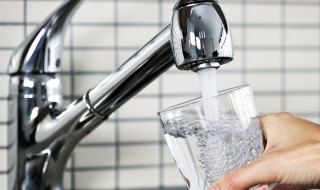 The British Society of Paediatric Dentistry (BSPD) has announced its support for fluoridation of water as a public health measure in areas where it is needed.

The society has issued a position statement under the guidance of Professor Emeritus Andrew Rugg-Gunn.

The statement advocates the fluoridation of drinking water as a public health measure and harnesses research from around the world.

This evidence in the statement indicates positive benefits to dental health for more than 50 years.

It also highlights that 10% of the UK currently benefit from fluoridated water and indicates that this contributes to the high levels of decay seen in some areas as well as hospital admissions and general anaesthetics for multiple extractions in children as young as three years of age.

The BSPD position statement concludes: ‘The British Society of Paediatric Dentistry supports the fluoridation of public water supplies in communities where the burden of dental decay is severe enough to warrant this public health measure and fluoridation is technically feasible.’

Last month, Public Health England announced it would not proceed with water fluoridation in Southampton as a result of opposition to a local scheme proposed in 2008.

Claire Stevens, a consultant in paediatric dentistry and BSPD spokesperson, said: ‘Water fluoridation is the most cost-effective and equitable way for children to benefit from the protective effect of fluoride.

‘A recent report from Public Health England showed that 45% fewer children aged one to four living in fluoridated areas are admitted to hospital for tooth decay than in non-fluoridated areas.

‘Put simply, we are failing those who most need society’s support.

‘In the 21st century, this is regressive.

‘We are concerned that the majority of people in the UK miss out on the proven benefits of water fluoridation because of a scaremongering campaign, which is not based on evidence.’

Claire added that BSPD was supportive of the most recent guidance from the National Institute of Clinical and Healthcare Excellence (NICE), which reflected a mood of responsibility for the oral health of young people, particularly those in disadvantaged areas.

She added: ‘In an ideal world, the NICE guidance would have gone further and recommended a national water fluoridation programme in areas of highest need.

‘It feels as if no one wants to be bold enough to challenge those opposing fluoridation, but all of us in healthcare have a duty to reduce inequalities.

‘Water fluoridation has created a postcode lottery that is failing thousands of children annually.’