Trekking the length of India for charity 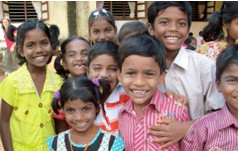 Trekking the length of India for charity

Many people do many extraordinary things in the name of charity, often the more extreme the feat, the more exposure and recognition the charity receives.

On the 16 November 2004, Bobby Grewal, chairman of the India Association, embarked on a colossal and formidable task to raise money for a number of well-known charities.

His incredible fundraising endeavour saw him trek 2,556 miles from Amritsar, in the north-western tip of India, to Kanyakumari, in the extreme south.

Described as ‘The Great Charity Walk’, over five months Bobby trekked across 10 states, covering an incredible 30-35 miles each day.

Although the walk was both physically and mentally challenging it was completed on 14 April 2005 and the India Association raised over £100,000, which was donated to Northwick Park Hospital for Cancer and AIDS research.

Now, Bobby has decided to return to India, embarking once more on an immense journey that will see him go full circle.

Setting off from Kanyakumari, where he concluded his previous walk, he will make his way up the east coast via Chennai and Calcutta to his final destination in Delhi, covering an unbelievable 2,600 miles.

Now in his 79th year (Bobby will celebrate his 80th birthday during the challenge), this will be no mean feat.

He will have to endure extreme weather conditions and exacting terrain, while completing 20-25 miles every day in order to meet his targets.

Along the way, Bobby will attend various publicity and fundraising events to help raise awareness of his task.

Each day begins at 04:30 as he aims to cover 12 miles by 09:00, he will then take a break until the late afternoon to avoid the hottest part of the day and complete the day’s walk by the early evening.

Throughout his walk, he will be accompanied by only a single support vehicle and a small team.

His crew of four consists of a PR manager, a driver, a chef and a physiotherapist, who will attempt to ensure he stays fit and healthy throughout the five months.

Completing this gigantic task, Bobby hopes to raise £1,500,000 for Save the Children and the India Association, who will distribute the funds to other charities here in the UK and abroad.

A west London based charity, the India Association is committed to helping raise funds for worthy causes.

The charity’s committee is made up of 300 volunteers who all share the same aim of ‘providing relief from poverty, sickness and distress to those in need’.

Bobby has been chairman of the India Association since 2001 and has so far helped the charity raise over £300,000 for a number of deserving charities including Help the Heroes, St Mark’s Research Hospital and Northwick Park Hospital.

This next challenge looks to be his most impressive to date and has backing from a number of well-known faces, politicians and organisations.

The foundation will provide practices and clinicians across the profession with support, advice and networking opportunities.

The group is committed to supporting the dental industry through working closely with charities and other professional associations.