BDA wants to break the link between income and oral health 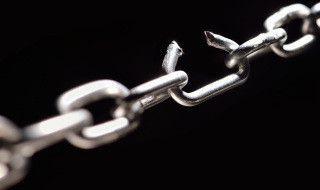 BDA wants to break the link between income and oral health

The British Dental Association (BDA) has urged the Government to invest in prevention after new research has shown older people on lower incomes are likely to have as many as eight more missing teeth than their wealthier counterparts.

The study, a collaboration between Newcastle University, Newcastle upon Tyne NHS Foundation Trust, UCL and the National Centre for Social Research, shows oral health is markedly worse among the poorest 20% of British society compared with the richest.

In the poorest fifth of the UK population, 65-year-olds had, on average, eight fewer teeth than the richest fifth – a quarter of their full set.

More than 6,000 adults were involved in the study, covering England, Wales and Northern Ireland.

It follows research from Public Health England that showed children under three have an average of three decayed teeth.

Dr John Milne, chair of the BDA’s General Dental Practice Committee, said: ‘This research is the starkest evidence of a systematic failure to invest in prevention.

‘Governments past and present have been too inclined to view oral health as an “optional extra”, when it is fundamental to our health, wellbeing and confidence.

‘The link between income and oral health is stubborn and starts in childhood.

‘And parents, teachers, healthcare workers and policy makers need to work in partnership to ensure the necessary building blocks are in place from the start of life.

‘The tools to break this pattern are neither new nor expensive.

‘Education, fluoridation and sugar controls can all make a difference, and we must ensure dentists have contracts in place that recognise and reward work on prevention.

‘We shouldn’t kid ourselves that today’s research reflects the failure of post-war governments.

‘In 2014 we’re seeing three-year-olds with missing and decayed teeth.

‘And until the Government steps up, we will continue condemning large swathes of the population to pain, discomfort and expensive and avoidable procedures.’