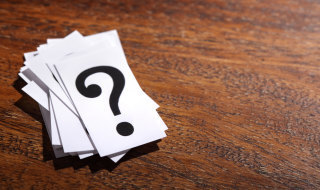 Last week’s media frenzy about the recall of 22,000 patients of a Nottingham dentist seen over a period of 30 years raises a number of questions.

In case you haven’t seen these reports, they revolve around dentist Mr D’Mello, who had been reported for poor hygiene practices including not changing gloves between patients and not sterilising instruments properly.

He remains suspended by the General Dental Council (GDC) pending a full investigation next year; his trial by media continues, including the remote possibility that HIV was transmitted.

Was it necessary to recall patients seen over such a long period of time, or was it just scaremongering?

From the profession’s point of view one must ask whether not changing gloves between patients 30 years ago could have led to a blood borne infection that could still be traced back to his practice.

The answer to that is undoubtedly ‘no’, although the cost of the exercise has been estimated to be some £500,000.

But in this risk-averse age, NHS England no doubt felt that it had to be seen to do something, even if it put patients through a great deal of unnecessary anxiety.

Was it pressure to conform with targets set by NHS England that led to the low standards of disinfection?

The NHS said Mr D’Mello saw 166 people during the time he was filmed by a whistle-blower and local papers said this enabled him to live ‘a luxurious lifestyle, living in a mansion, sold earlier this year for £1.5 million, and driving flash sports cars’.

I don’t know how much of that is true, but what is apparent is that he agreed the contract in 2010, when he formed himself into a corporate.

It was up to him to deliver on that contract and so manage the practice that he could do so safely.

I am sorry but I have little sympathy for a dentist who takes on a contract he cannot deliver, but continues to do well financially out if it.

Why did it take so long for the regulators to expose these failings?

The strangest aspect of all this is that six months before he was exposed, the Care Quality Commission (CQC) had inspected the practice and passed it with flying colours.

They undoubtedly have questions to answer, although NHS England and the GDC seem to have acted swiftly, even if, in the case of the former, it was rather ‘over the top’.