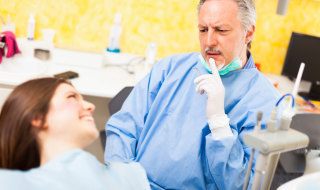 Ministers will change the law to give the General Dental Council (GDC) the power to impose checks before a licence to practise is issued, where concerns emerge over dentists speaking English.

Currently, the GDC can only act if dentists from outside the European Economic Area (EEA) – the EU, plus Norway, Iceland and Liechtenstein – who wish to work in Britain cannot speak English.

Last year, Dentistry revealed the Government’s determination to act across the NHS, amid rising concern about serious failures in checks on the language skills of EU doctors.

Now the department of health (DH) has issued a consultation document announcing plans to amend the 1984 Dentists Act, in order to give the GDC the proper teeth.

However – after 12 months pondering the best way to make the switch – DH has run into the problem of EU rules requiring the equal treatment of European and UK applicants.

Therefore, all would-be dentists – including those trained in the UK – will now be required to show they ‘have the necessary knowledge of English’.

However, the document calms fears of extra red tape by saying: ‘For graduates of UK universities, the fact that the registrar will be able to rely on the information supplied by applicants with their registration application should mean that a registrar should be able to be satisfied about the English language ability of UK qualified applicants with no additional procedural burden.’

It adds: ‘We believe that the proposed powers will improve quality of care and patient safety and will help prevent patients from being put at risk of harm from nurses, midwives, dentists, dental care professionals, pharmacists and pharmacy technicians who do not have the necessary knowledge of the English language.’

The shake-up will also introduce a new power for the GDC to ‘take fitness to practise action’ where there are serious complaints that a registered dentist lacks the English necessary to provide safe care.

And it will allow the regulator to ‘charge a fee in relation to the examination of applications’, on top of existing registration fees.

That will require amendments to section 19 and section 36F of the 1984 act, as well as the primary change to section 17, on language checks.

The legal changes are then likely to be made early next year, although the GDC will also consult on exactly how to implement its strengthened powers.

The changes come six years after the case of a German locum, Daniel Ubani, who killed a man on his first shift in Britain by injecting him with 10 times the recommended dose of diamorphine.