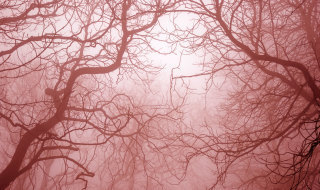 Kevin Lewis looks at the results of the GDC consultation before looking at the NHS in search of better news.

The fireworks should have started early this year, but as things turned out there was not the faintest glimmer of even a sparkler in sight.

The GDC (General Dental Council) met on 30 October, about a week ahead of Bonfire Night, amongst other things to discuss its options and finalise its proposals for the 2015 annual retention fee (ARF). This gathering had gained additional significance in the wake of the furore that had followed the GDC’s consultation on an intimated 64% increase in the ARF. But in the event all that really happened was that £55 was shaved off the proposed ARF for dentists, and the princely sum of £4 shaved off the ARF for DCPs (dental care professionals). For dentists it is still an increase well in excess of 50%.

At best there are only four dentists left on the GDC these days to contribute to a crucially important debate such as this. One had resigned by the time of the meeting, another sent his apologies for his absence and we were left with just two dentists. It was like asking everyone except turkeys whether or not Christmas should go ahead as planned this year. The assembled throng saw no reason not to proceed with the ceremonial stuffing of dental registrants (especially, the dentists) on the basis of ‘model two’, the detail of which I need not bore you with here. Three alternative models had been postulated with different balances of sage and onion. This might have seemed a lot more sage had there only been the merest indication that the real underlying problems are being addressed rather than throwing 50% more money at an increasingly busted flush. In short, a damp squib would have been more exciting.

The BDA (British Dental Association) had already lit the blue touch paper on its own application for a judicial review, arguing an encyclopaedic list of flaws in the GDC’s consultation process. This application will be heard this side of Christmas, so nobody will be in any great rush to pay their ARF until the outcome of that challenge is known. Meanwhile, the help of KPMG had been enlisted by the GDC to provide itself with some independent opinion and expertise, but the precise purpose of this has become a subject of some conjecture. Unkind observers have suggested that a call had gone out for someone who could actually do sums and get to something approaching the right answer. Others (including insomniacs, no doubt), having actually read the KPMG report, have instead alighted upon the conspiracy theory and concluded that KPMG’s brief must have been to throw a heavy veil of obfuscation over the wholly sorry episode so that nobody would be any the wiser as to what was really going on. If this theory is correct, anyone who has read the report would be forced to agree that KPMG did a cracking job.

In concluding that the assumptions made by ‘management’ (of the GDC) were on balance reasonable, KPMG promptly hedges around this by inserting the clear caveat that in the four weeks or so available to complete the task in hand, it had undertaken its agreed remit on the basis of selected information sets provided by ‘management’. KPMG did not seek to validate this, nor to audit the data underlying it, all of which was used by ‘management’ to inform the assumptions that KPMG was commissioned to review and comment upon. Clearer now? Thought not. The clue is on the front cover of KPMG’s report, ‘cutting through complexity’. A lot of things in life become simpler if you don’t need to dig too deep. It appears that one of the most critical assumptions (the average cost of each kind of fitness to practise hearing) was not something that KPMG was asked to consider or comment upon. The assumptions under review and the assessment of their ‘financial consequence’ was heavily predicated on the number of cases passing through various stages in the machinery, rather than the cost of each of them, which many will find strange indeed. Halving the number of cases would have less of an impact on the GDC’s costs if each of them ended up costing twice as much (or vice versa).

KPMG is well equipped to recognise a black hole when it sees one and it shouldn’t take an intellect on the scale of Stephen Hawking to unravel the complexities of this one. If nothing else, the GDC has helpfully pointed out the plughole down which the majority of the money is escaping, via the much-berated fitness to practise procedures. Quite why KPMG seem at first sight to have been steered well away from any of the financial detail of this black hole is perplexing, and the GDC’s motivation in enlisting this tightly limited input from KPMG at all becomes all the more intriguing.

For some months now, the media has been awash with stories of the crisis into which the NHS in Wales has descended. The Daily Mail in particular has sharpened its pencil and turned it into an offensive weapon aimed in the direction of the Labour-led administration in Wales. As with the GDC situation, the truth is quite difficult to get to with the independent Nuffield Trust having reported earlier this year that it could find no evidence to support the notion that the NHS performance in Wales is any worse than in the rest of the UK. It is true that there have been real-term NHS budget cuts of 8.6% in Wales (which is a deeper incision than in either Scotland or England) and this is held out to explain the lengthening waiting times, staff shortages and the increasing migration of patients across the border into England to seek speedier treatment.

But now the plot has expanded to anticipate the likelihood of an unbridgeable funding shortfall for the NHS as a whole. The so-called ‘Barker report’ or the independent Commission on the Future of Health and Social Care in England saw the light of day (in its final version, there having been an interim report previously) a few weeks ago and has unsurprisingly concluded that the 1948 model of NHS delivery is no longer sustainable or fit for purpose. The report’s recommendations favour greater public funding raised through increased taxation and National Insurance contributions, rather than increased charges at the point of delivery and/or expansion of private healthcare insurance.

A few weeks later another report from NHS England called the NHS Five Year Forward View highlighted that in the next Parliament the shortfall could be expected to reach £30bn annually. Anyone working in the NHS should close their eyes and ears now because the report speaks yet again of ‘further efficiency savings’ and the need for ‘fundamental reorganisation’. And yes, that’s the sound of hearts sinking that you can hear in the distance.

The mood of the dental profession was not improved by the breaking story that locum (medical) GPs (general practitioners) were able to earn up to £100k a year for providing weekend cover alone. In some parts of the country about £3k a weekend was the going rate. At least they had the five days of the ‘normal’ working week to relax and recover, poor things, and they pay a much lower annual retention fee than dentists, which must help the morale. The chairman of the Family Doctor Association, Dr Peter Swinyard, pointed out that it was little wonder that applications for full-time GP training posts had shrunk by 15% (leaving one in 12 of such posts unfilled last year) when it was possible to earn £100-£200k a year for working just weekends and perhaps one or two other days a week. So much for the continuity of care.

And hard on the heels of this story came another round of ‘revolving door’ revelations, of NHS managers receiving staggering sums in redundancy payments when the Primary Care Trusts were abolished, only to take up new NHS posts a few months later. One married couple now back in gainful NHS employment in Yorkshire, had scooped almost £1 million between them, having both been chief executives of NHS bodies in the north east. Danny Alexander (chief secretary to the Treasury) has at least launched a consultation in recent weeks, on proposed new legislation to make these windfalls a thing of the past, but there is something rather unsavoury about this happening at a time when the pay of most NHS workers is held in an iron grip of restraint and austerity.

At a time when NHS funding is hopelessly stretched, whoever thought that any of the above made any kind of sense really needs to see a psychiatrist – or perhaps more probably, a locum psychiatrist?

What happens next as far as the GDC is concerned is anyone’s guess and much will depend upon the outcome of the BDA’s judicial review application, and/or what the 100,000+ dental registrants decide to do at the end of the year. By the time you read this, Bonfire Night may well have come and gone, but this time next year it will be exactly 400 years since Guido (Guy) Fawkes, Robert Catesby and their fellow conspirators came to the conclusion that the behaviour of the king and his advisers had become such a basket case that they needed a bomb putting under them (literally, it seems). The king was due to attend the House of Lords the following day for the opening of parliament, and the predictability, timing and high profile of that opportunity proved irresistible to the plotters.

Drastic situations call for drastic measures I guess – but you have to admit, it is a thought.