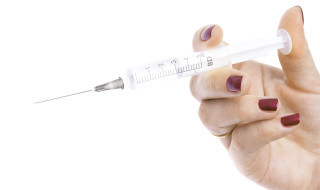 The survey of dental nurses in the UK and the Republic of Ireland showed that of those who said they’d received a needlestick injury in their career (51.2%), 60% had received more than one, with 11% saying they’d been injured in the past year.

In terms of when their injury occurred, 41% of respondents who’d had a sharps injury said their last injury had happened after use, before disposal.

‘BADN ran this survey in conjunction with Initial Medical, to gauge how at risk our members are and how comfortable they feel with their needlestick safety training, particularly since new health and safety regulations came into place in the UK last year.’

Of those who’d received an injury, 97.4% knew what steps to take.

Out of all survey respondents, 52% rated their needlestick injury training as very good, with 29% rating it good.

Twenty one percent of UK respondents said that since the Health and Safety (Safe Instruments in Healthcare) Regulations 2013 came into force, their practice had not put in place new safety procedures or safety devices.

Of those who’d had an injury, 1.24% said they’d acquired a blood-borne virus as a result.

Rebecca Allen, category manager for Initial Medical, says: ‘The risk of infection following a needlestick injury is estimated to be one in three for HBV, one in 30 for HCV and one in 300 for HIV for healthcare workers worldwide (www.safe-point.co.uk, 2006), so it is vital that best practice is followed.

‘If you don’t feel like you have had appropriate sharps safety training or you don’t feel the right procedures are being followed, then it is imperative you make this known within your practice.’