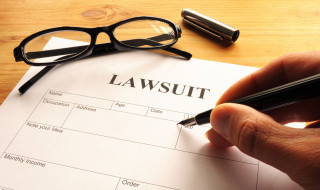 Sir Paul Beresford, the chairman of the all-party parliamentary group on dentistry, has raised the alarm over the threat of legal action by disgruntled patients with the disease.

Now Sir Paul is urging the General Dental Council (GDC) and the British Dental Association (BDA) to step up their efforts to alert dentists, as he also keeps pressure on the Government to act.

He told Dentistry: ‘Dentists need to look for cancer and many of them don’t, which could put them in a serious legal position if somebody has cancer and there was a failure to detect it.

‘It’s vital that they are looking at the soft tissue in the mouth, rather than just looking at the teeth to see whether there are any holes that need to be filled.

‘That’s something of major importance – and dentists need to be reminded, because most dentists don’t think about it.’

Sir Paul said he was not aware of any legal cases pending, but added: ‘On the other hand, I’ve not asked if there are any.’

He acknowledged some pressure from both the GDC and BDA, but he said: ‘I think the threat of being sued might wake dentists up even more.

The comments follow Sir Paul’s call for the Government to extend a vaccine designed to cut the number of cases of mouth cancer from women to men.

There is growing criticism that a national vaccination programme for the human papillomavirus (HPV) – for girls only, to prevent cervical cancer – is failing to create ‘herd immunity’.

Therefore, the Joint Committee on Vaccination and Immunisation (JCVI) is examining whether to extend vaccination to ‘men who have sex with men, to adolescent boys, or to both’.

Meanwhile, the Conservative backbencher has also raised the alarm over the fact that 40% of girls are missing out on the vaccine – even in his wealthy Surrey constituency.

However, during a recent Commons debate, health minister Jane Ellison played down hopes of a quick decision, telling MPs it was ‘not likely before 2015 at the earliest.’

Sir Paul pointed out that 25% of head and neck cancers are caused by the HPV virus.

He added: ‘It would, of course, help if we were taking protective measures in the first place, and this is a point I have made to the Government.’