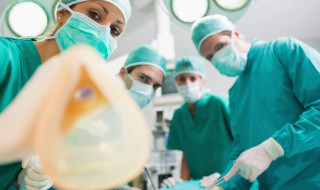 The RCoA and AAGBI carried out a study on awareness during general anaesthesia that has identified risk factors and consequences for patients, including long-term psychological harm.

Accidental awareness is one of the most feared complications of general anaesthesia for both, patients and anaesthetists.

The findings come from, according to the Royal College of Anaesthetists (RCoA) and the Association of Anaesthetists of Great Britain and Ireland (AAGBI), the largest ever study of awareness, the fifth National Audit Project (NAP5) that has been conducted over the last three years by the RCoA and the AAGBI. The researchers studied three million general anaesthetics from every public hospital in UK and Ireland, and studied more than 300 new reports of awareness.

The study showed that the majority of episodes of awareness are short-lived, occur before surgery starts or after it finishes, and do not always cause concern to patients. Despite this, 51% of episodes led to distress and 41% to longer-term psychological harm. Sensations experienced included; tugging, stitching, pain, paralysis and choking. Patients described feelings of dissociation, panic, extreme fear, suffocation and even dying. Longer-term psychological harm often included features of post-traumatic stress disorder.

Sandra described her feelings when, as a 12-year-old, she suffered an episode of AAGA during a routine orthodontic operation: ‘Suddenly, I knew something had gone wrong. I could hear voices around me, and I realised with horror that I had woken up in the middle of the operation, but couldn’t move a muscle… while they fiddled, I frantically tried to decide whether I was about to die.’

For many years after the operation Sandra described experiencing nightmares in which, ‘a Dr Who style monster leapt on me and paralysed me’. Sandra experienced the nightmares for more than 15 years until she realised the link: ‘I suddenly made the connection with feeling paralysed during the operation; after that I was freed of the nightmare and finally liberated from the more stressful aspects of the event.’

Sandra’s account is borne out by the research findings that longer-term adverse effects are closely linked with patients experiencing a sensation of paralysis during their awareness. The use of drugs to stop muscles working (muscle relaxants), often needed for safe surgery, is responsible. Distress at the time of the experience appears to be key in the development of later psychological symptoms.

Professor Jaideep Pandit, consultant anaesthetist in Oxford and project lead, explained: ‘NAP5 is patient focussed, dealing as it does entirely with patient reports of AAGA. Risk factors were complex and varied, and included those related to drug type, patient characteristics and organisational variables. We found that patients are at a higher risk of experiencing AAGA during caesarean section and cardiothoracic surgery if they are obese or when there is difficulty managing the airway at the start of anaesthesia. The use of some emergency drugs heightens risk, as does the use of certain anaesthetic techniques. However, the most compelling risk factor is the use of muscle relaxants that prevent the patient moving. Significantly, the study data also suggests that although brain monitors designed to reduce the risk of awareness have a role with certain types of anaesthetic, the study provides little support for their widespread use.’

Professor Tim Cook, consultant anaesthetist in Bath and co-author of the report, commented: ‘NAP5 has studied outcomes from all anaesthetics in five countries for a full year, making it a uniquely large and broad project. It is reassuring that the reports of awareness (one in 19,000) in NAP5 are a lot rarer than incidences in previous studies. The project dramatically increases our understanding of anaesthetic awareness and highlights the range and complexity of patient experiences. NAP5, as the biggest ever study of this complication, has been able to define the nature of the problem and those factors that contribute to it more clearly than ever before. As well as adding to the understanding of the condition, we have also recommended changes in practice to minimise the incidence of awareness and, when it occurs, to ensure that it is recognised and managed in such a way as to mitigate longer-term effects on patients.’

The project report includes clear recommendations for changes in clinical practice. Two main recommendations are the introduction of a simple anaesthesia checklist to be performed at the start of every operation, and the introduction of an Awareness Support Pathway – a structured approach to the management of patients reporting awareness. These two interventions are designed to decrease errors causing awareness and to minimise the psychological consequences when it occurs.

It is anticipated that NAP5 will lead to changes in the practice of individual anaesthetists, their training and hospital support systems both nationally and internationally.

Full details of the report can be found at http://nap5.org.uk/NAP5report.