Michael Watson discusses the ‘perfect storm’ being experienced in dentistry 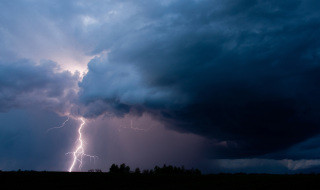 Michael Watson discusses the ‘perfect storm’ being experienced in dentistry

Many in the profession will find themselves this week at the BDIA Showcase in London at Excel.

It is a good opportunity to talk to exhibitors and colleagues about where dentistry, whether NHS or private, is going.

It is a question prompted in my mind by recent developments in retail, with large supermarkets in deep trouble.

According to Sainsbury’s boss, it was hit by a ‘perfect storm’, with people buying less and fierce competition from the low price supermarkets.

One commentator said that retail is facing the same challenges the airline industry was, when low cost carriers joined the market.

Political parties are not exempt; how else do you explain the rise in the ‘market share’ of UKIP, other than as a rejection of the established politicians?

The problem in all these cases is that the established players kept on doing it ‘their way’, even as the public were telling them to move on.

In dentistry we cling to the established model of the small family practice, where both dental teams and patients value a long-term and developing relationship.

Yet last week the head of NHS England, Simon Stevens, told doctors that the ‘corner shop’ model of general practice was ‘past its use-by date’.

He could have been talking about general dental practice; that’s something to ponder as you walk the aisles of the showcase.