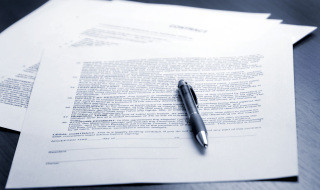 The British Dental Association (BDA) has maintained that the further information is required in order to make the General Dental Council’s (GDC’s) consultation fair.

The BDA has also called on the regulator to disclose the documents passed to accountants KPMG, who has been commissioned by the GDC to review the assumptions underpinning the proposed rise in the fee, and to publish KPMG’s report.

BDA lawyers have argued that the fact that the GDC has had to commission a full review of its assumptions supports the case that no sufficient or transparent justification has yet been given for the annual retention fee (ARF) increase.

‘The dental regulator is doing itself no favours keeping dentists in the dark.

‘If there is a real case for fee increases we believe it should have been shared with the profession long ago.

‘We now expect full and comprehensive disclosure, including the evidence that’s been passed to KPMG.

‘We do not accept the GDC’s argument that any increase is “inevitable”.

‘Any serious consultation should have considered what, if any, increase was appropriate.

‘Instead the result appears to be a forgone conclusion.

‘It is now for the GDC to share its case with us and prove that its fee-hike was not pre-determined.

‘Just give dentists the facts and the opportunity to engage.’

The BDA has asked the GDC to confirm whether the KPMG report will be made public in advance of the decision on fees intended to be taken on 30 October 2014.

It has also called for the consultation period to be extended to 30 November 2014 to enable consultees to properly consider any new evidence.