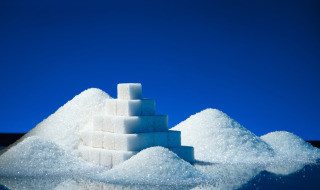 A recent study has called for sugar to make up no more than 3% of total energy intake to reduce the financial and social burdens of tooth decay.

The study, from USL and the London School of Hygiene & Tropical Medicine and published in BMC Public Health, looked at the effects of sugar on dental caries.

The World Health Organization (WHO) and government advisers in England have recently proposed a drop in their recommendations for sugar consumption, cutting the advice from 10% to 5% of total energy consumption.

However, this study has moved to suggest the target should be radically reduced to 3%.

‘Data from Japan was particularly revealing, as the population had no access to sugar during or shortly after the Second World War.

‘We found that decay was hugely reduced during this time, but then increased as Japan began to import sugar again.

‘Similarly, only 2% of people at all ages living in Nigeria had tooth decay when their diet contained almost no sugar, around 2g per day.

‘This is in stark contrast to the USA, where 92% of adults have experienced tooth decay.’

The authors of the study explain that sugar is one of the most important factors in the development of caries and because of that it was a ‘largely preventable disease’.

The study goes on to say that an increase from almost no sugar to 5% of energy intake, doubles the prevalence of decay in children

Report co-author Professor Philip James, a nutrition expert at the London School of Hygiene and Tropical Medicine and past president of the World Obesity Federation, called for foods that take sugar consumption above 2.5% of total energy intake should be labelled as high and a sugar tax introduced to curtail consumption.

The 5% target of energy intake from free sugars is equal to around 25g for women (five to six teaspoons) and 35g (seven to eight teaspoons) for men, based on the average diet.