Moving into implant dentistry through a learning partnership 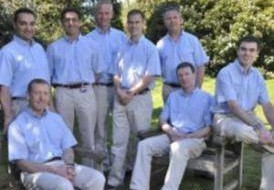 Moving into implant dentistry through a learning partnership

Since placing his first implant in his own practice in 2011, Derek van Staden, director and principal dentist at Christchurch Dental, has placed over 60 more, with a 100% success rate. He has developed a love for implant dentistry and his business has seen an increase in both revenue and new patients.

Prior to 2011, Derek referred his implant patients to the specialist prosthodontists (pictured) at Devonshire House Dental Practice in Cambridge; a specialist referral centre, which also offers mentoring and dental education courses.

Improving your skills and knowledge

Derek, who has always been committed to improving his knowledge and skills, was keen to learn how to place implants so that he could offer patients this treatment himself. He approached the team at Devonshire House and Wail Girgis, one of the eight resident specialist prosthodontists, devised with him a bespoke implant mentoring plan.

Having previously been tutored by Wail at the Eastman Dental Institute, where Derek obtained his post-graduate certificate in surgical and prosthodontic implantology, with Wail’s support and encouragement as a mentor, Derek continued his studies further. Over a period of three years, he built up his confidence in both implant placement and case planning and now regularly places implants at his practice in Ipswich.

Derek admits to scepticism in the early years of dental implant technology, believing that it wouldn’t take off and would not be something he would ever be involved with. However, he is now thrilled to be able to offer his patients this life-changing treatment. During his training he soon discovered a love for placing implants and his general dentistry has benefitted from the addition and improvement of his surgical skills.

Not just for the dentist

All of the team were very excited by the prospect of being able to offer patients implant treatment and welcomed the new learning experience. The idea of an external mentor visiting the practice may seem daunting to some, but Christchurch Dental enjoyed Wail’s mentoring visits right from the beginning. They found he was easy to get along with and he has shared his wealth of experience, not just with Derek, but with the whole team.

Christchurch Dental has seen an increase in revenue and new patient numbers and the whole team thoroughly enjoy ‘implant day’. In fact, they wish they had the capacity to place more.

Derek describes his learning partnership with the team at Devonshire House as having been perfect for him and his practice, as it allowed him to build up his confidence, right from the placement of his first implant. Derek still discusses and partners cases with Wail and has developed his dental knowledge further through his relationship with the Devonshire House prosthodontists and its study clubs and courses.

Following the success of his experience, Derek’s recommendation to fellow dentists wishing to learn how to place implants, is to either enrol on an implant course to receive expert training, or to embark on a mentoring process just as he did. Derek’s relationship with the team at Devonshire House has been of paramount importance in his career development. This has ensured expert implant treatment for his patients whilst he developed his own implant skills.

Derek continues to grow his highly successful practice and has recently started to offer his patients an ‘All-on-4’ treatment, by referring to Devonshire House. This has enabled Derek to expand his knowledge of the All-on-4 concept and become involved in the restorative aspects of the treatment.

If you would like further information about how a learning partnership with the team at Devonshire House can help you develop your skills and knowledge, please contact Sally Nicholas, education coordinator, on [email protected] or telephone 01223 402612.