Periodontal disease and systemic health: An update on the current consensus 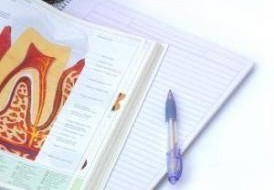 Periodontal disease and systemic health: An update on the current consensus

The association between periodontal inflammation and systemic disease has yet to be fully understood. There are a number of possible mechanisms whereby periodontal diseases may induce a remote inflammatory response or non oral manifestation of oral diseases, these include bacteraemia and the host response (inflammation injury).

Bacteraemia: The potential for bacteria to spread from one part of the body to another non adjacent organ or body part via the bloodstream.

This hypothesis is based on bacterial translocation from the oral cavity into the blood stream through ulcerated sulcular epithelium. In health the sulcular epithelium acts as a natural barrier that prevents bacterial penetration. In periodontal disease inflamed and ulcerated subgingival pocket epithelium becomes permeable and provides access for bacteria to enter general circulation. This can occur from invasive periodontal procedures and with simple daily activities such as eating and toothbrushing. Kinane et al (2005) suggested that whole bacteria from supra and subgingival biofilm could be disseminated into the bloodstream along with bacterial products and toxins that may adhere to non oral sites. This is particularly the case in patients with elevated bacterial burden from poor oral hygiene and chronic periodontitis (Geerts et al, 2002).

Host response: Inflammation and the immune response to the presence of oral pathogens.

Once disseminated into the bloodstream, bacteria and bacterial  antigens trigger the secretion of pro-inflammatory mediators such as cytokines, chemokines and C-reactive protein (CRP).

Cytokines are proteins that initiate and mediate the duration of the inflammatory response and are produced by epithelial cells, fibroblasts and leukocytes. In periodontal disease the pro-inflammatory mediators IL-1, IL-6, TNF and PGE2 produced locally in the gingival tissues, were proposed to ‘spill’ into general circulation, inducing a systemic inflammatory response. These pro-inflammatory mediators are also present in the systemic conditions and diseases associated with periodontal disease. The most plausible explanation for mechanisms underpinning the systemic impact of periodontitis appears to be the induction by bacteria entering the blood stream of an acute-phase response by the liver (CRP) and priming/activation of neutrophils to release oxygen radicals, thereby inducing oxidative stress.

Chemokines are cytokines that respond to a chemical stimulus and influence the migration of phagocytes to the site of infection. They also stimulate cell death (apoptosis) and host defence mechanisms. CRP is a marker of elevated inflammatory mediators and is also associated with chronic inflammation including periodontal disease, but is also a significant risk factor for adverse cardiovascular events.

The consensus statement concluded that in type two diabetes there is evidence for a direct relationship between the severity of periodontitis and complications of type two diabetes. In addition there is an independent association between moderate to severe periodontitis and increased risk for the development or progression of diabetes. Overall, there is consistent and robust evidence that severe periodontal disease adversely affects blood glucose levels with and without diabetes. The effective treatment of periodontal disease reduces glycosylated haemoglobin levels equivalent to adding a second drug to the patient’s regime (Chapple, Genco and on behalf of working group 2 of the joint EFP/AAP workshop, 2013).

It was concluded that there is consistent and strong epidemiologic evidence that periodontitis imparts increased risk for future cardiovascular disease and, while in vitro, animal and clinical studies support the biological mechanism, there is a need for more intervention trials.

Recommendations for providing periodontal therapy as intervention included minimising potential bacteraemia by restoration of oral hygiene and staggering periodontal treatment in multiple sessions, rather than one session of intensive treatment, is desirable.

It was concluded that intervention trials on the impact of periodontal treatment on prevention of CVD and clinical outcomes are needed (Tonetti, Van Dyke and on behalf of working group 1 of the joint EFP/ AAP workshop, 2013).

It was also recommended that other health professionals include an oral evaluation for inflammation and bleeding with a referral to the dental team in the presence of these symptoms (Sanz, Kornman and on behalf of working group 3 of the joint EFP/AAP workshop, 2013).

The report from the group investigating research between periodontal disease and other more recent systemic disease associations concluded that whilst periodontitis is characterised by infection and pro-inflammatory events, which manifest within the systemic diseases discussed. The evidence to date suggests that there is insufficient evidence to infer causal relationships. It was concluded that because of the relative immaturity of the body of evidence for each of the purported relationships, the field is wide open and the gaps in knowledge are large with more studies needed (Linden, Herzberg and on behalf of working group 4 of the joint EFP/AAP workshop, 2013).

The outcome of this joint meeting and consensus raises the possibility that dental hygienists and therapists will pay a key role in preventive medicine, with periodontal examinations becoming future screening points for the diagnosis and prevention of other systemic diseases. The recommendations are for a closer relationship between medical and dental health professionals particularly in the early detection of risk for adverse pregnancy outcome, diabetes, and CVD.

Although the exact causal relationship has yet to be firmly established, the role of periodontitis in systemic elevations of pro-inflammatory mediators is clear. The potential for bacteraemia further emphasises that good oral health is pivotal along with the provision of regular oral healthcare in the prevention of oral and systemic diseases.

This article has been supported by an educational grant from the Wrigley Oral Healthcare Program. For more information visit the WHOP website at http://wrigleyoralhealthcare.co.uk/.

Chapple, I., Genco, R. and on behalf of working group 2 of the joint EFP/AAP workshop. (2013) ‘Diabetes and periodontal diseases: consensus report of the Joint EFP/AAP Workshop on Periodontitis and Systemic Diseases.’ J Clin Periodontol; 40 (Suppl. 14): S106–S112.