Professor Nikos Donos is the Chair of Periodontology & Implant Dentistry, the Head of the Centre for Oral Clinical Research and the Lead for the Centre of Oral Immunobiology & Regenerative Medicine at the Institute of Dentistry, Barts & The London School of Medicine and Dentistry, Queen Mary University of London (QMUL).
In 2009, Professor Donos was awarded the title of Honorary Professor at the Faculty of Dentistry in Hong Kong, in 2012 the title of Adjunct Professor at the Dental School, Griffith University-Australia, in 2015 the title of Honorary Professor at UCL-Eastman Dental Institute and in 2019 the title of Honorary Professor at the School of Dentistry, University of Queensland, Australia..
In 2011, Professor Donos was awarded the prestigious IADR-Periodontology Group Award in Periodontal Regenerative Medicine during the annual meeting of the International Association of Dental Research (IADR).
Professor Donos is the President-elect for 2020 at the British Society of Periodontology (BSP), a Board Member at the Osteology Foundation, a member of the EFP Post-Graduate Education Committee and the Academic Representative at the Committee for Association of Dental Implantology (ADI).
Professor Donos is involved as editorial board member in a number of international and national peer-reviewed journals in the field of Periodontology and Implant Dentistry where he has published more than 220 scientific publications. 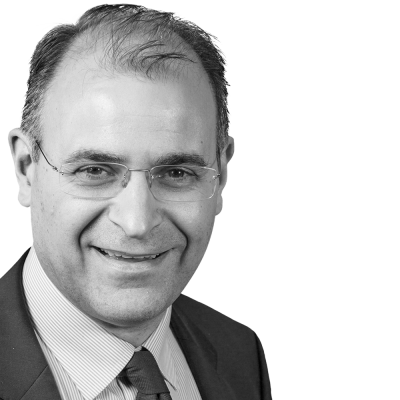