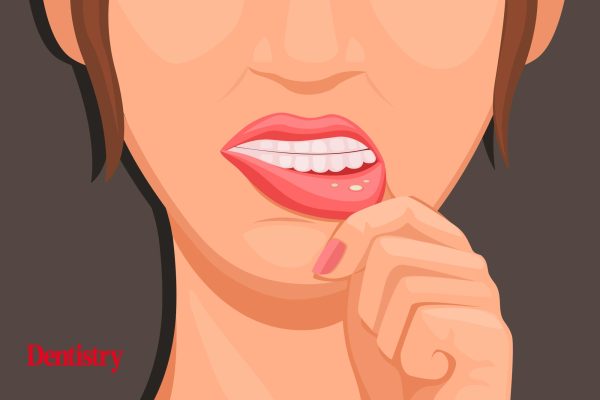 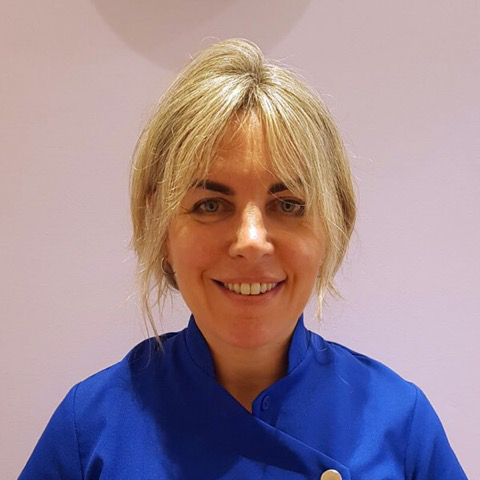 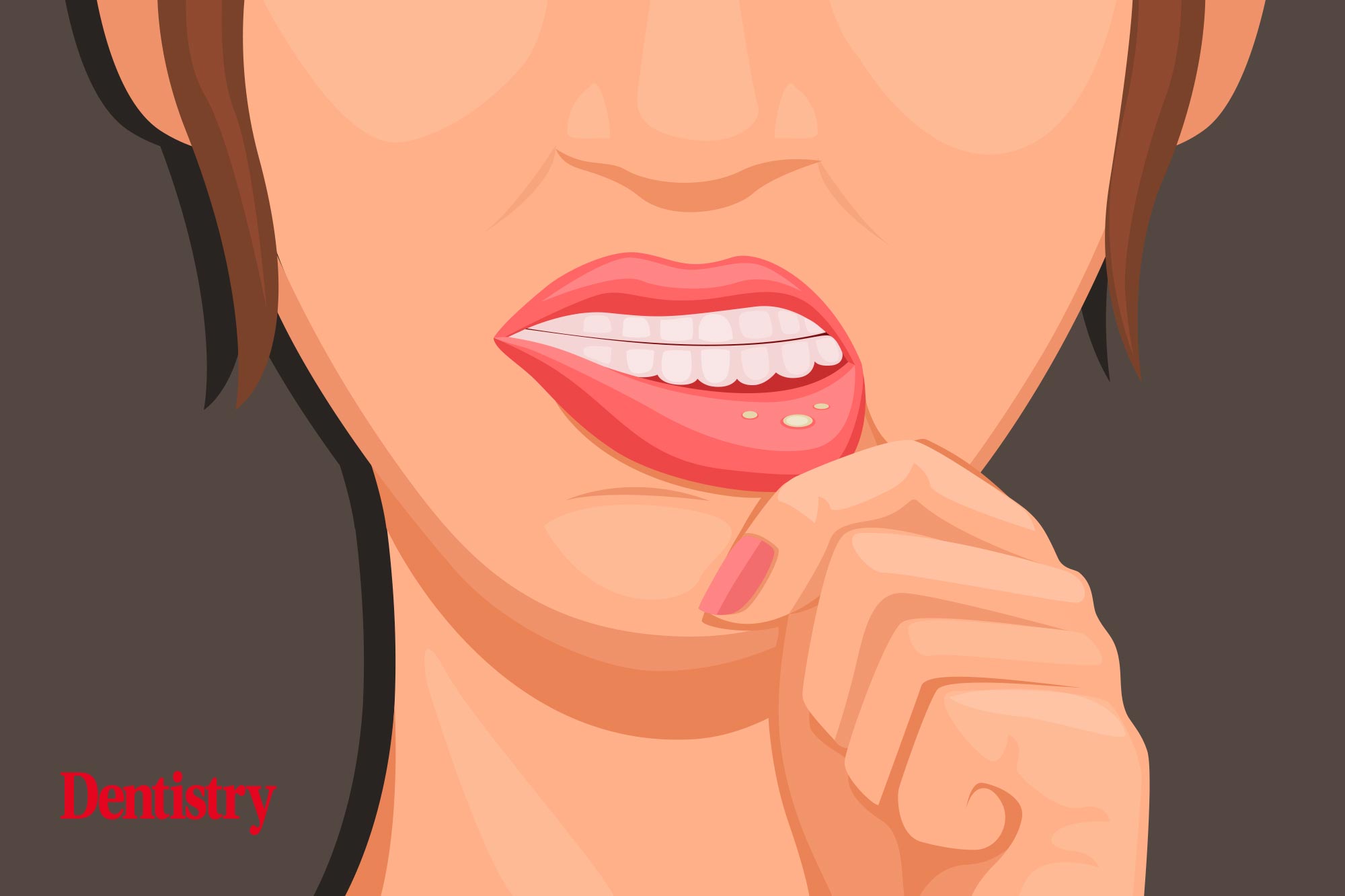 Ali Lowe explains why it is so important for dental professionals to look out for lip cancer.

November is mouth cancer awareness month. No doubt by now we have become vigilant in screening all our patients for the disease.

But as dental professionals, it is important that we recognise the signs and symptoms, not only of cancers inside the mouth but also of those that occur outside, such as lip cancer.

Therefore, we need to ask ourselves: ‘How fit are our patient’s lips?’

Mouth (oral) cancer is currently defined as a cancerous lesion of the following three distinct sites:

These cancers can, and do, cross anatomical borders. Hence lip cancer tends to get included with either mouth or skin cancer.

However, the epidemiology of lip cancer supports the proposal that the lip is a distinct cancer site. Rather than including it with other forms of mouth cancer (Scully, Narendran, and Robinson, 2017).

At present, lip cancer is a form of mouth cancer occurring at the junction between the oral cavity and the skin (ie the outer lip).

With an annual rate of 0.2 per 100,000 in the UK, it is far less common than other forms of mouth cancer (including the inner lip). But in many cases it is a preceding factor.

However, any case is one case too many. It is devastating, not only for the patient but also their friends and family.

Nearly 90% of malignant cells develop on the lower lip, 7% on the upper lip (although in some cases both are affected), and 3% from the oral commissure.

Lip cancers occur as a result of the abnormal growth of the flat cells on the lips ie squamous cell carcinoma (SCC). They are usually asymptomatic early on in the progression of the disease.

Until recently, the aetiology of the disease was far from established. Information regarding its pathogenesis was based on anecdotal rather than case-controlled epidemiological evidence.

Indeed, it is often still described as multifactorial and poorly understood. As is the case with many malignant diseases.

However, one well known aetiological factor is sunlight. Indeed, prolonged and cumulative sun exposure is the most significant carcinogen involved in the development of melanoma and non-melanoma lip cancers.

Approximately a third of lip cancers are associated with excessive sun exposure in patients with outdoor occupations. This helps explain why almost 90% of lip cancers occur on the exposed vermilion of the lower lip, which is at higher risk for skin cancer than the upper lip because it is usually more prominent.

Indeed, this anatomical feature accounts for the discrepancy between the incidence of upper and lower lip cancers (since it has a higher level of sun exposure compared to the upper lip, which is usually protected by the nose and angled slightly downwards).

Also, there is a high incidence of second primary skin malignancies in patients with lip carcinoma due to the common sun exposure risk.

Other factors commonly cited as important in the aetiology of lip cancer are as follows.

As you would expect, lip cancer has a definite geographic pattern relating to sun exposure that is notably different from cancer occurring inside the mouth.

South Australia has among the highest incidence. In parts of Europe lip cancer is the most common tumour of the oral-maxillary region.

Whilst traditionally lip cancer is mainly seen in male smokers who have experienced chronic sun exposure (Moore et al, 1999), incidence rates are now generally stable or falling amongst men throughout the world but rising in many female populations including those in the UK.

Risk factors for lip cancer include the traditional carcinogens for head and neck cancer such as alcohol, betel nut, cigarette and pipe smoking.

Cigarettes contain various carcinogens that damage the lining of the lip and cause abnormal cells to proliferate (Hashibe and Sturgis, 2013).

Evidence suggests that both the Human Immunodeficiency Virus (HIV) and Human Papilloma Virus (HPV) infections may promote malignant transformation and increase the risk of lip cancer.

However, although HPV has been associated with lip malignancy, its role in the pathogenesis of the disease is not as defined as with other sub-sites in the oral cavity and oropharynx (10).

There is evidence to suggest an increased risk of lip cancer in those who reported cancer at any site in a close relative. There is greater risk if the relative had cancer in the head and neck.

It has been suggested that familial tendency is due to a genetic component. But as yet there is no real evidence to support this.

Increased consumption of fruits and vegetables is associated with a lower risk of all cancer. The antioxidant vitamins A, C and E and carotenoids (beta carotene) scavenge potentially mutagenic free radicals from damaged cells.

A good natural source is in red, yellow and green fruits and vegetables. Current advice is to eat up to 10 servings of such foods a day.

Even if indirect, these play an important role. Unfortunately most premalignant lesions (Foulkes, 2013) and squamous cell carcinomas occur in patients of low socioeconomic status.

Patients with poor oral hygiene appear to have increased risk of lip cancer, irrespective of any proven risk factors.

Repeated trauma by self-inflicted injury (eg with a toothpick or pen) can act as a potential trigger for carcinoma of the lip (15).

Studies demonstrate that patients who have immunosuppression treatment have a higher risk of developing squamous cell carcinomas (such as lip cancer). This is mainly due to the medication that includes cyclosporine and corticosteroids.

We often see lip cancer in patients with second primary skin malignancies. This makes sense as sun exposure is an important aetiological factor.

Another possible risk factor is ionising radiation exposure (Carlson and Guerra, 2012). If not caught early, lip cancer metastasises through the lymphatic system. Firstly the lymph nodes of the neck and then other distant organs in the body.

As with mouth cancers, factors affecting the mouth predispose to lip cancer. Also, up to 15% of mouth cancers originate in the lip and it is thought to be responsible for about 4,000 cases of mouth cancer a year.

As with other head and neck skin cancers, patients often have fair skin, freckles, blue eyes and fair hair. The prevalence of lip cancer is at least 10 times higher in white people than in those with darker skin. It is very rare in black people (Wilkins, 2012).

Clinical manifestations of lip cancer primarily involve the lips. But they can also occur on adjacent areas in the mouth and in the early stages are often asymptomatic.

Signs and symptoms of a malignancy or potentially malignant disorder of the lips are as follows:

Actinic keratosis (pre-cancerous area of thick, scaly or crusty skin) is the first clinically recognisable manifestation of lip cancer. There may be lymphadenopathy or enlarged lymph nodes on the neck.

When lip cancer occurs in conjunction with mouth cancer, there may also be lesions inside the mouth or on the throat that have failed to heal.

As dental professionals we are probably the only people regularly examining our patients’ mouths.

Early identification, diagnosis and management of oral cancers is essential for improving better outcomes for patients. We have a key role in its early detection (Wilkins, 2012), including conditions that can precede the onset of invasive cancer.

Patients that present with a persistent non-healing wound or blister on the lips should have a thorough oral examination to evaluate not only the lesion but also all other mucosal sites that may be harbouring another malignancy.

However, sometimes clinicians don’t address lesions on the lip. Either because they are visible, and we assume that they’ve been checked out or for fear of causing offence.

Also, many practices prefer not to treat patients with an active cold sore. They request that the patient postpones their appointment until the cold sore heals and is no longer infectious.

If for some reason the patient does not rebook, it’s worth giving them a call incase of the unlikely event that the sore has not healed.

We need to check the face for asymmetry, swellings, skin blemishes, moles and pigmentation and examine the vermilion border of the lips and corners of the mouth. Look for changes in colour or texture.

We should then palpate the lymph nodes of the neck with our fingertips in order to detect any enlargement/nodal metastases (Moore et al, 2001).

Ideally, the initial examination should also include assessment of the mental nerve integrity (the paired mental nerves can be checked by assessing sensation of the lower lip and chin on each side of the midline of the mandible). This is because even in early stages lip cancers can gain access to the mental nerve, involve the mandible and even spread into the mental foramen. This, in turn, can affect necessary treatment and long-term prognosis.

If we detect any suspicious lesions, a procedure for follow up is part of the protocol.

We need to document in the patient’s notes every detail of the examination, as well as size, colour, and location of lesion.

We should also record all lifestyle habits including outdoor activities along with recommendations for follow-up or referral.

For adult patients with a clinically evident suspicious lesion, or symptom(s) suggestive of malignancy, we should provide an immediate urgent referral to a specialist. This should ensure an appointment within two weeks.

The dental team can therefore familiarise themselves with local head and neck cancer policies/procedures to ensure that the patient is seen by the appropriate specialist team without delay.

Prevention is better than cure. Obviously there is little we can do about many of the causative factors. But there is a range of preventive measures to reduce their impact. They include:

But by far the most important is advice regarding sun exposure.

A certain amount of sunlight is necessary for production of vitamin D. But it is useful to familiarise ourselves with the NICE guidelines regarding the risks and benefits, which recommends avoidance of sunburn. For example by seeking shade when outside for a prolonged period, especially in the middle of the day (11am to 3pm). Wearing a wide brimmed hat offering shade to the lips and face and use of an SPF lip balm with a minimum sun protection factor of 15.

We should also advise against the use of sunbeds and tanning salons.

In the UK, cancer of the lip is a fairly uncommon malignancy.

However, the government is encouraging us to exercise outside due to the pandemic. This, combined with sunny days and depletion of the ozone layer, may mean an increase in its incidence.

Fortunately, it is highly treatable with excellent cure rates when identified early.

On average, we see our patients every three to six months and it is our duty to make sure we treat our patients with the highest standard of care to ensure we keep their smoothest muscle fit.

Increased awareness among both dental professionals and patients alike can help to further improve survival rates. We therefore have a vital role to play in lip cancer-related patient education and examinations.