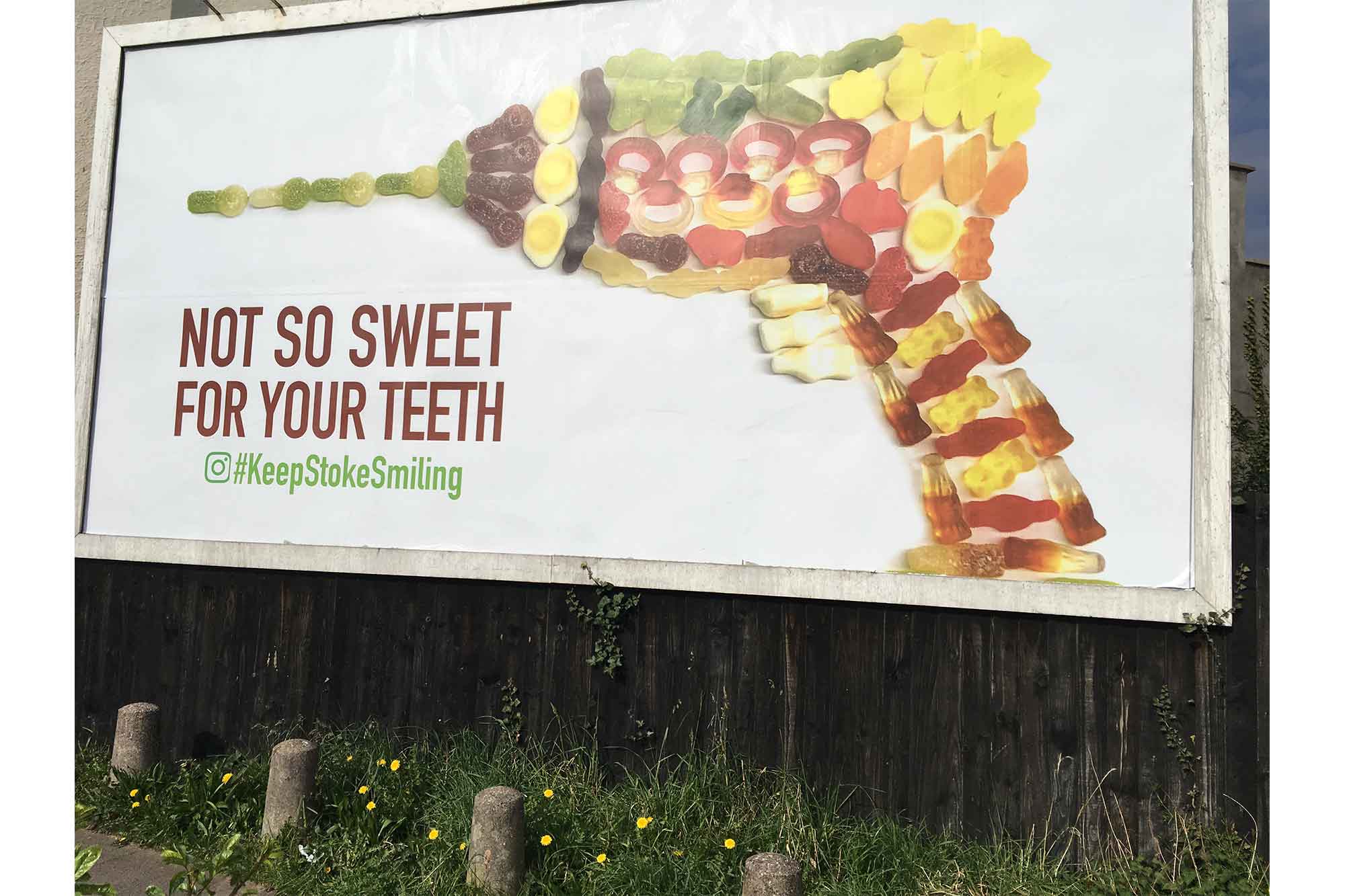 A patient awareness campaign that aims to highlight the importance of looking after teeth is celebrating three years of success by branching out from the Midlands to the rest of the UK.

The KeepStokeSmiling campaign has been running since 2018. It attempts to combat the levels of decay in Stoke-on-Trent and North Staffordshire. These places have some of the highest levels in the country.

The organisers proved that a fresh approach can capture the minds of children and young adults. They are now launching a ‘Keep Britain Smiling’ campaign to replicate their success more widely.

The latest campaign is ‘Fizz-Free Schools’. In conjunction with the local council and Dental Public Health, the team has developed a ‘Fizz-Free tool-kit’. They will send this to all local schools. Backed by advertising giant JC Decaux, the campaign will see new billboards and oral health messages on JC Decaux-owned street furniture in the city.

Once established in Stoke and Staffordshire, it is hoped it will become a national model. One that can other NHS trusts, councils or Dental Public Health teams can copy.

It started as a small departmental project to encourage young people to be proud of their smiles. Now, it has resulted in a national campaign; with other hospital orthodontic departments around the country  – including Derby, Oxford, Burton, Chesterfield, Sheffield and Dorset and Stafford – following Stoke’s lead.

Stoke-on-Trent and North Staffordshire has some of the highest rates of dental decay in children and young adults in the entire country, and the campaign aims to change that.

Consultant orthodontist at the Royal Stoke University Hospital Miss Karen Juggins explains how the campaign started. ‘In January 2018 I turned to say goodbye to a patient, only to witness another glossy information leaflet being pushed into the coat-pocket of a 14-year-old. It was the third time I had seen it happen that morning.

‘The three patients were all a similar age and appeared simply to dismiss the leaflets. While at the same time, each carefully extracted an iPhone and tapped the screen for notifications. And this was before they had even left the surgery.

‘If we really want to deliver information about oral health and orthodontics to teenagers, we need to put it on a screen.

‘We recruited celebrities to our cause, including ex-England footballer Peter Crouch, athlete Colin Jackson and scientist and politician Professor Lord Winston among others. This has helped KeepStokeSmiling reach around 1.5k followers across five social media platforms: Instagram, Facebook, Twitter, Youtube and Tiktok. Each platform has a slightly different target audience. All are highly effective at getting our message across.’

Stay informed and help continue to raise the profile of this important issue by following Twitter account @KeepGBsmiling.

You can help the KeepBritainSmiling campaign by tagging #keepbritainsmiling and #fizzfreeschools in any of your oral health social media posts.