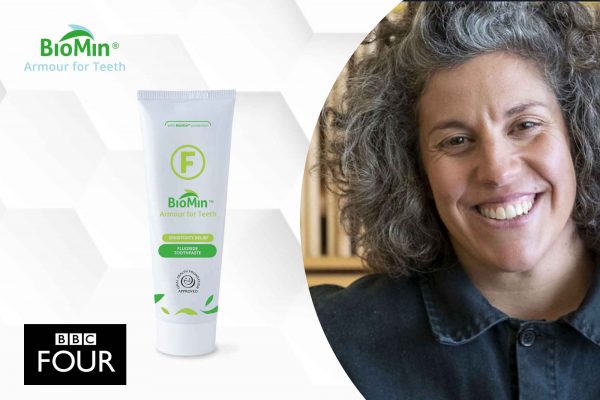 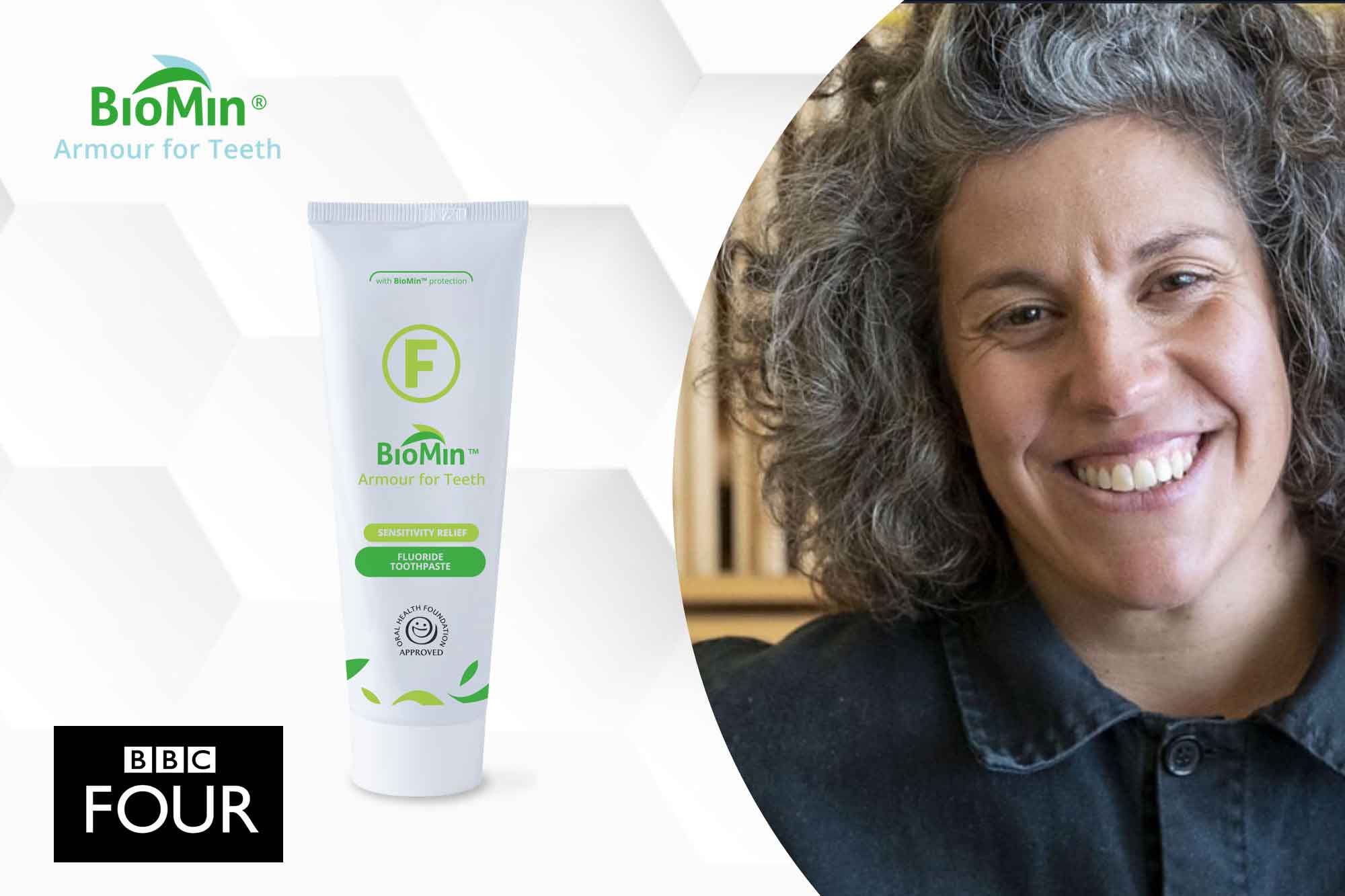 BBC Four programme, How to Make, looks at the science behind Biomin F – with the presenter describing it as ‘magic’.

The BBC four series How to Make investigates the science behind Biomin F. The programme maker describes the technology as ‘an amazing time-lapse fluoride-releasing glass’.

Dr Zoe Laughlin, co-founder and director of the Institute of Making at University College London, is an artist, designer, maker and materials engineer. An infectiously enthusiastic presenter, she makes a variety of TV programmes about materials. She describes her role as ‘explaining the art, craft, science and engineering of stuff’.

The three-part series she presents, How to Make, focuses on everyday objects that Zoe dissects and investigates. She then recreates her own bespoke versions, step by step.

The second episode of the series (April 2020), entitled The Toothbrush, looks at both toothbrush and toothpaste technology. It includes an interview with the developer and chief scientific officer of Biomin, Professor Robert Hill of Queen Mary University London.

Although the programme could not mention Biomin by name. Zoe says that there was only one brand that uses the bioglass technology. She was extremely excited by its innovation and its potential.

Discussing the need for fluoride in toothpaste, she introduced the QMUL research. Before saying: ‘Professor Robert Hill and his team have created a new material to create an even better fluoride barrier.’

When Professor Hill explained the slow fluoride release mechanism of bioglass, she says: ‘You’ve developed what sounds to me like a magic ingredient.’

Once Zoe has watched the glass being produced and ground, she went on: ‘The magic properties of this bioglass don’t stop at fluoride protection. Robert and his team have also added calcium and phosphate ions, two of the main materials in tooth enamel. Amazingly, the calcium and phosphate remineralise and restore the outer layer where the enamel has been worn away.’

And having seen the way in which the product occludes dentinal tubules to relieve sensitivity, she got it in a nutshell: ‘So that’s your special bioglass bunging up the holes!’

She summarised: ‘So your bioglass is actually doing two things. It’s releasing that protective fluoride, but it’s also blocking those dentinal tubules.’

Professor Hill agrees: ‘And that makes it a very effective ingredient for toothpaste.’

At the end of the interview with Professor Hill, she came away with a sachet of the bioglass contained in Biomin, saying: ‘I’m really thrilled – magic stuff.’

Zoe combines the ingredients to create her own ideal toothpaste. She includes the bioglass, saying: ‘Now for the futuristic bioglass. This amazing timelapse fluoride-releasing glass. This has got to be in there.’

She concludes: ‘This bioglass doesn’t come cheap. But it offers an exciting future for the health of our teeth.’

If you want a little bit of ‘magic’ for your teeth and to recommend to your patients, you can purchase Biomin toothpaste from Trycare in the UK, or via our global distributors.

Watch a clip of the BBC Four documentary or read more.