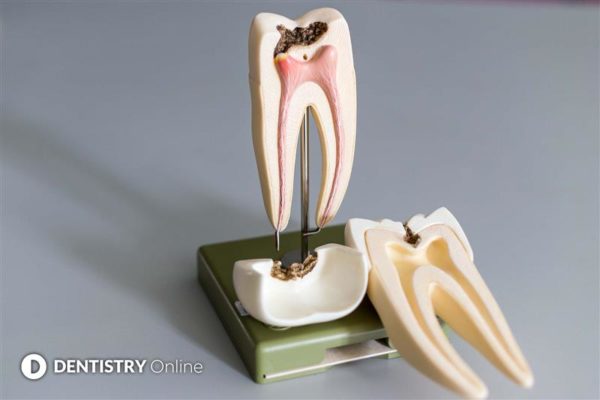 John Rhodes presents the final article in the series of interactive practical and problem-solving solutions in endodontics. Here he looks at the non-surgical root canal retreatment of a maxillary premolar with hidden obstacles and unusual morphology.

Practitioners often prefer non-surgical retreatment when managing cases of failed root canal treatment. However, many obstacles can arise and present themselves to the practitioner.

Pre-treatment assessment and planning are critical before embarking on any intervention. Possible technical challenges and evaluation of the degree of difficulty ideally become known before bur meets tooth.

The operator will have to locate, instrument and disinfect any previously missed root canals; remove the existing root canal filling material as well other obstacles such as fractured instruments, cements, calcifications and silver points before disinfecting the entire root canal system.

One should remove foreign objects. If this is not possible an attempt is made to bypass them. If removing an obstruction is too difficult or excessive iatrogenic damage could ensue. It may require an alternative approach such as surgery.

A patient got referred for root canal retreatment of the maxillary right second premolar. One attempt at root canal treatment was made over five years previously and the tooth had remained symptom-free until recently.

The tooth was carious and the existing restoration had failed. The tooth was restorable with no periodontal pocketing or evidence of cracking.

To see how these steps were applied visit: https://youtu.be/Sev1UJps6f4.

The pre-operative view of the tooth. A split-dam technique has been used so that the dam does not need to be removed for restoration (Figure 1).

A periapical radiograph showed that the maxillary premolar had been root filled with gutta percha (Figure 2). There were at least two canals. However they had not been completely instrumented or obturated.

The apical part of the buccal canal contained material that could be gutta percha, sealer or a fractured instrument. The tooth was restorable and non-surgical retreatment should have a favourable outcome. Replacement with an implant would offer no better outcome.

A small volume CBCT was exposed because the root morphology looked unusual on the radiograph and there was unidentified material in the apical part of the buccal canal (Figure 3).

The CBCT image revealed that both premolars actually had three separate roots; two buccal and one palatal. The palatal canal of the second premolar was obturated with gutta percha, the mesio-buccal canal was unprepared, and there was a fractured instrument in the apical portion of the disto-buccal canal. The incidence of three roots in the maxillary second premolar is relatively uncommon and morphological studies report a 1% incidence (Vertucci et al 1974) the orifices of the buccal canals tend to be close together.

After infiltration of local anaesthetic and placement of rubber dam (using a split-dam technique so that the dam didn’t need to be removed for restoration), the existing composite restoration and caries were removed.

Gutta percha was rapidly removed from the coronal part of the palatal canal using a Gates Glidden #2 bur, the remaining material removed with a Hedstroem file #30.

After estimating the working length with an electric apex locator, the palatal and mesio-buccal canals were prepared with a Waveone Gold Primary instrument (Dentsply Sirona).

Ultrasonics are excellent means of vibrating, loosening and removing filling material and foreign bodies from the root canals. The tip of the instrument has to be placed alongside the object that is being removed for maximum effectiveness. It is possible to trough around the head of a silver point or fractured file with a fine ultrasonic tip in order to achieve this.

But it is very important to conserve valuable dentine and not cause irreversible damage merely to remove an obstruction. Whilst concentrating on the tip of the instrument the coronal part of the canal is not inadvertently being excessively widened.

While irrigating with 3% sodium hypochlorite the fragment of file was washed out of the canal. It was easily removed from the access chamber.

A high-power microscope view shows the head of the fractured instrument in the mesio-buccal canal (Figure 4).

Disinfection became complete with 3% sodium hypochlorite agitated with an ultrasonic Irrisafe tip (Acteon). The canals were dried with matched, sterile paper points. They were obturated with a vertically compacted gutta percha technique.

The final radiograph shows a good apical-coronal seal in all three canals. Restoration of the tooth with composite is complete. Good interproximal contract achieved. (Figure 5).

• The operator should always be alert to unusual morphological variation

• The operator must take care not to iatrogenically damage the tooth in an endeavour to remove obstructions.

The author is happy to answer questions directly via Youtube @johnrhodesendo 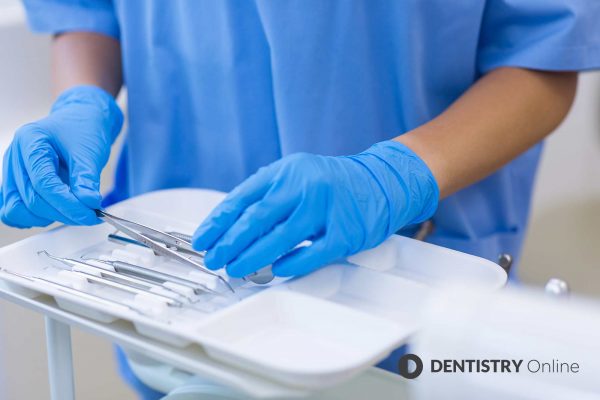 Dentistry Question Time – ‘dentistry must be given far more attention’ 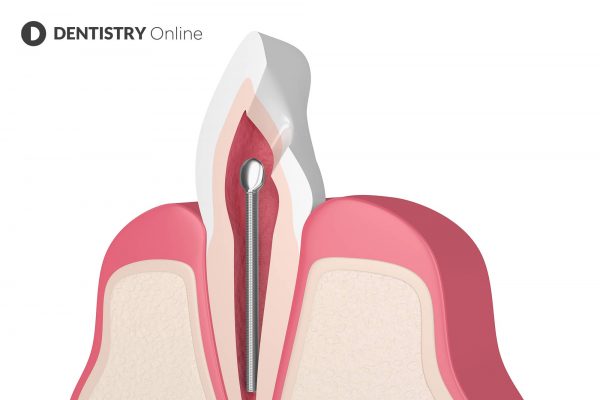