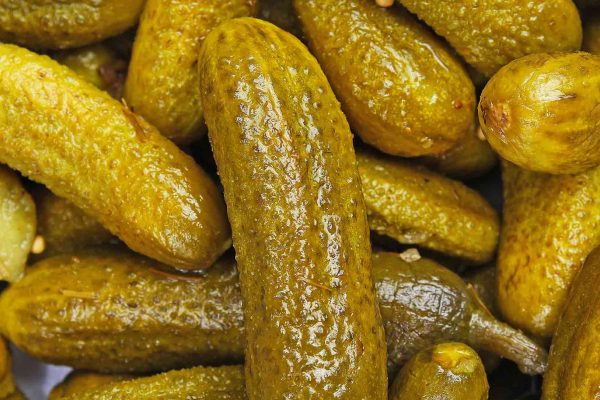 Pickles can help to reduce the level of cavity-producing bacteria and lead to better oral health, it has been suggested.

This is according to a new study that looked at a probiotic made from a bacteria found in Chinese pickles.

The researchers analysed 14 different types of Sichuan pickles grown in southwest China, where they make up a traditional part of the diet.

After extracting more than 50 strains of the bacteria Lactobacilli, they found one – L. plantarum K41 – significantly reduced the number and severity of cavities.

Additionally, it was highly tolerant of acids and salts.

But the research team, from Ben-Gurion University of the Negev, found the pickles reduced this cavity-producing bacteria by a significant 98.4%.

This comes as research suggests warning labels could deter the public from drinking sugary beverages.

A study concluded printing cautionary messages on sugar-filled drinks can encourage healthier choices after analysing data from more than 16,300 participants.

Anna H. Grummon is the leader of the research team and a postdoctoral fellow at Harvard T.H. Chan School of Public Health.

‘Similarly, they could help to reduce the consumption of unhealthy beverages like sodas, energy drinks and fruit-flavoured drinks.’

Additionally, this research will be presented as part of an online conference hosted by the American Society for Nutrition (ASN).