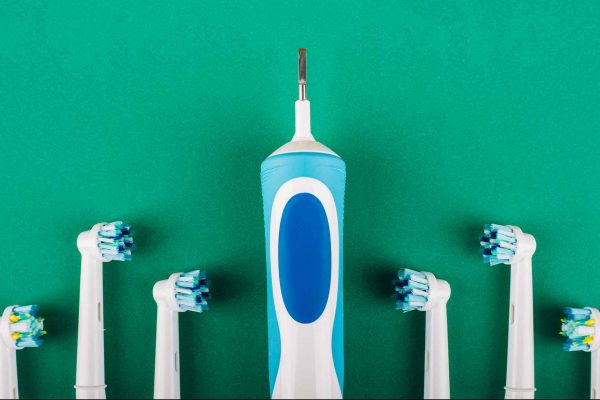 Around two in three adults now use an electric toothbrush in the UK – an increase of more than 50%.

This means the number of British adults brushing their teeth with an electric toothbrush as overtaken those using a manual one for the first time.

Research shows that nearly 12 million people have swapped their manual brushes for electric ones over the last five years.

An estimated 34 million people now use an electric toothbrush, pointing to an increase of 52%.

The data was collected by the Oral Health Foundation and Oral-B to coincide with National Smile Month, which kicked off on 18 May 2020.

‘The strong and clear evidence is that electric toothbrushes are better for our oral health,’ he said.

‘Electric toothbrushes, especially those with heads that rotate in both directions, or ‘oscillating’ heads, are more effective at removing plaque than a manual brush. This helps keep tooth decay and gum disease at bay.

‘As technology has developed, the cost of having an electric toothbrush becomes even more affordable.

‘Whilst at the other end of the spectrum there are top end power brushes which have all the latest innovations such as artificial intelligence.

‘Given the advantages of electric toothbrushes, having one is an excellent investment. It could really benefit the health of your mouth.’

Nearly half (45%) switch to an electric toothbrush down to the belief it cleans better. And 27% make the investment at their dentist’s advice.

Additionally, one in seven (18%) admit to purchasing an electric toothbrush because of its features, such as in-built timers.

However, one in three (33%) adults in the UK still use a manual toothbrush. Manual brushing is linked to age as well as household income, according to research from the charity.