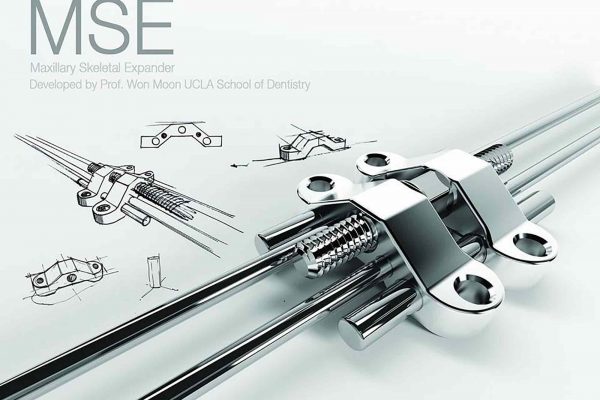 In partnership with DB Orthodontics, Midfacial Skeletal Expander (MSE) creator Professor Won Moon is holding a lecture on the 22 May.

It it titled ‘The Moon Principles by Won: Evolution of Micro-Implants Supported Midfacial Skeletal Expander (MSE) with Retrospective Overview, the Latest Development, and Prospective Advanced Applications’.

The event – held at the Radisson Blu Hampshire, Leicester Square –  is aimed at orthodontists with an interest in creating an even parallel expansion of the anterior and posterior regions.

What is the MSE?

The MSE is a unique MARPE.

In his lecture, Professor Moon compares the differences between the MSE and traditional expanders, details the evolution of expanders, discusses the challenges associated with traditional methods, and how the MSE overcomes these challenges.

Additionally, he presents many of his successful case studies, best practice and troubleshooting protocols for the MSE.

It gives parallel expansion in both the anterior and posterior regions.

This compares to the v-shaped anterior expansion created with traditional MARPE, Hyrax or other expansion devices. The MSE’s success lies in its bi-cortical engagement. The protocol for securing the MSI involves inserting four mini-implants into the palatal bone; creating effective parallel expansion and more of a mid-facial expansion, as well as a maxillary expansion.

It also creates relatively parallel expansion by expanding the inferior as well as the superior aspects of midfacial structure because of the bicortical engagements.

As a result, this maximises airway enlargement, and may improve the breathing and quality of sleep of patients.

Combined with a face mask, the MSE becomes a powerful tool when treating class III patients.

The MSE can create a significantly greater amount of forward movement of the maxilla. It goes beyond the scope of traditional face mask approaches.

Traditionally, typical expanders position more anteriorly. The MSE positions in a more distal area. Expansion is created into the nasal bone area and back into the zygomatic arch.

Professor Moon covers common mistakes to avoid, and many clinical cases showing how the MSE has been used in the treatment of young, older and mature patients.

This course, offering eight CPD points, is expected to sell out fast.