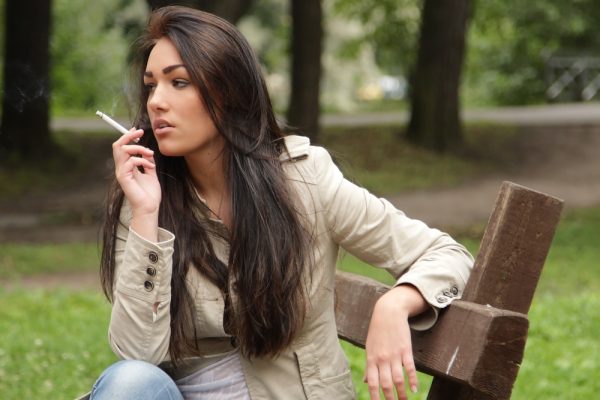 While smoking increases the likelihood of heart attack in both men and women of all ages, it has a much more powerful effect in younger women, especially those under 50, a new study suggests.

According to a study in the Journal of the American College of Cardiology, for female smokers ages 18 to 49, the risk of a deadly type of heart attack was more than 13 times higher than it was for non-smoking counterparts.

Heart disease is the number one cause of death for women and men worldwide, and acute ST segment elevation myocardial infarction (STEMI) is among the most life-threatening forms of heart disease.

Smoking is a risk factor for heart disease and researchers have previously identified smoking as the cause of STEMI in nearly 50% of all cases.

However, none have quantified and compared the incidence of STEMI associated with smoking between genders and within different age groups.

‘This study sheds new light on the risk impact that smoking has in provoking major heart attacks, especially in younger and female smokers,’ said coauthor Dr Ever Grech, an interventional cardiologist at the South Yorkshire Cardiothoracic Center at the Northern General Hospital in Sheffield.

‘I hope the study will correct the perception by young smokers that heart attack risks only arise much later in life.’

There was the hint of some good news in the new study.

When women quit smoking, their risk of a major heart attack dropped back to that of non-smokers.

‘This reversibility was a surprise, which I regard as a ‘silver lining’ within the dark cloud of smoking outcomes,’ said Dr Grech.

‘This will undoubtedly incentivise those smokers who may have genuine concerns regarding their longer term health and realise the massive benefits of abstaining.’

Grech and his colleagues studied five years of data on patients who came to their hospital with a complete blockage of a major coronary artery.

They compared 3,343 STEMI patients with data on the entire population served by the South Yorkshire Cardiothoracic Centre using three years of information gathered on residents aged 18 or older by the Integrated Household Survey from the United Kingdom Office for National Statistics.

Younger women smokers, those under age 50, saw the highest increase in risk.

Male smokers in the same age group were 8.6 times more likely to experience a STEMI compared to nonsmoking counterparts.

Grech suspects the reason for the increased risk of STEMI in younger women is tied to the impact of smoking on the hormone oestrogen.

‘What is clear is that the protective effects of oestrogen in young female smokers are overridden by the powerful impact of cigarette smoking,” he said.

The study had several limitations, including that it did not provide information about intensity of smoking or duration of smoking cessation in ex-smokers who were defined as being abstinent for at least one month.

It also only included patients presenting with STEMI as a candidate for PCI and did not include those who died in the community prior to admission.