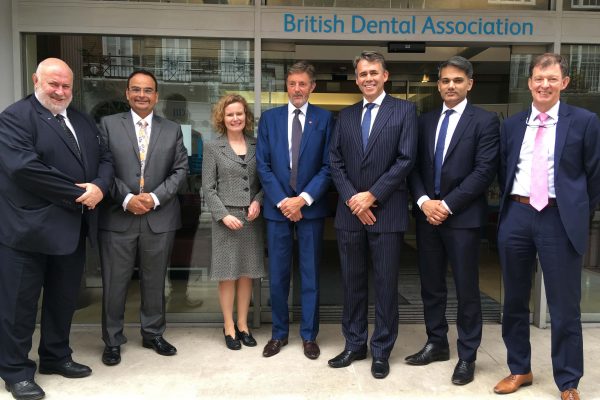 Dave Cottam is the new chair of the General Dental Practice Committee (GDPC) at the British Dental Association (BDA).

He will replace the outgoing Henrik Overgaard-Nielsen, negotiating with the government on reforming the GDS contract.

Mr Cottam is a specialist in oral surgery, and previously served as vice chair of the GDPC.

‘It is a privilege to serve as chair of the GDPC, and to give a voice to over 30,000 colleagues in high street practice,’ Mr Cottam said.

‘We need a paradigm shift in the way NHS dentistry is delivered across the country.

‘I have already stressed the urgency on contracts directly to the new team at the Department of Health and Social Care.

‘We cannot allow the pedestrian pace of reform in both England and Wales to continue failing our patients.

‘But colleagues across the UK – in NHS, mixed and private practice – are all under pressure.

‘We cannot simply wait and react to the latest blow.

‘Our duty is to make change happen for GDPs.’

The outgoing chair, Henrik Overgaard-Nielsen, has stepped down after being elected as an MEP for the Brexit Party.

‘I have worked as an NHS dentist for over 20 years with people from all over the world, both from inside and outside the EU,’ Mr Overgaard-Nielsen, said when first standing for the Brexit Party.

‘At one point we had staff from more than 13 countries.

‘And that’s without counting the different countries from which our 130,000 patients come.

‘Working with different people enriches your life and it is important that after leaving the EU we can still get the workforce from abroad we need.

‘For this we need a system which allows immigration, but which makes sure we get the immigration we need.’