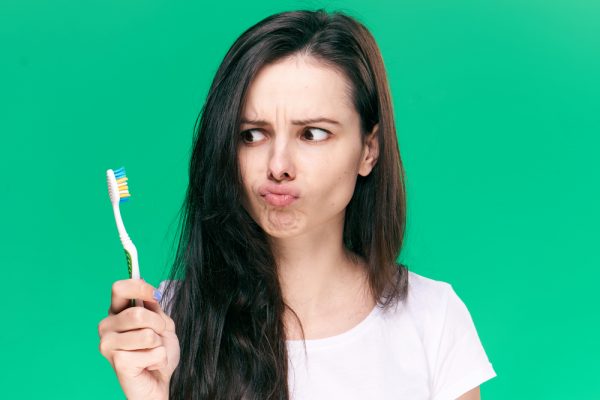 Despite it being bad news for their health, 26% of British people willingly share their toothbrush with others, according to the findings of a new study

The research, which was commissioned by the Oral Health Foundation and Philips as part of National Smile Month, found that more than a quarter of the population admit they would share their toothbrush with a family member, friend, partner, neighbour or celebrity.

The poll found that men are significantly more likely to allow somebody else to borrow their toothbrush (32%) than women are (20%).

Younger adults are also nearly twice as willing to share their toothbrush (55%) compared to their parents (30%), and around four times more open to do so than their grandparents (13%).

Dentist and trustee of the Oral Health Foundation, Dr Ben Atkins, wants to warn people against the idea of sharing their toothbrush and says that it can lead to a number of health problems.

Dr Atkins commented: ‘Although it may seem like a kind gesture to share your toothbrush, it really is not a very good idea.

‘Sharing a toothbrush leaves you susceptible to all sorts of oral and general health problems.’

He explained that brushing sometimes causes the gums to bleed, which exposes everyone you share your toothbrush with to blood stream diseases.

This means that by sharing a toothbrush, you could also be sharing blood, which is a lot riskier than just swapping saliva.

‘There are many hundreds of different bacteria and viruses in our mouths and people sharing a toothbrush could be passing these on to others.

‘While this might be something relatively harmless, such as a common cold or cold sore, if the person you are sharing with is infected with hepatitis B or HIV these could also be passed on via the toothbrush, with severe health consequences.’

The research is part of National Smile Month, a charity campaign by the Oral Health Foundation that champions the benefits of good oral health.

During National Smile Month, the charity is working alongside Philips to promote #habits4life – a simple message that encourages everybody to adopt simple habits that can benefits your oral health and wellbeing.