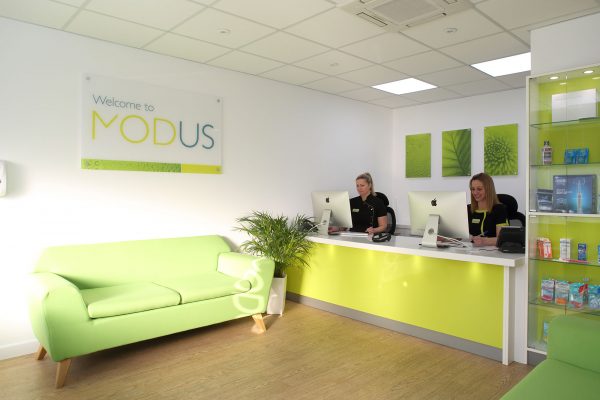 Matt Perkins, clinical director at MODUS Advanced Dental Clinic explains how the attraction of co-ownership helped him decide to become a Dentex partner

MODUS Advanced Dental Clinic has been established for nine years now and in that time, has gone from strength to strength. I’m a specialist in periodontics so I look after the gums and place implants. As the practice has expanded we’ve added endodontics, oral surgery and orthodontics to the list of treatments we can offer. In that time, we’ve grown from two surgeries to four and the team is now six dentists and 13 support staff.

Recently I found my working life getting to the point where I was spending a significant proportion of my time and energy on the running of the business, rather than carrying out dentistry – which is what I really love doing.

I also wanted to be able to expand the business further, through extending the building, which would have required a significant investment, as well as time and energy on my part. With my family commitments that would have been very difficult – I’m recently married, and we have young children at home. With all of that in mind I decided to explore the option of selling all or part of the practice.

I’ve worked with Richard Lishman at money4dentists for over ten years, so we chatted about the viability and timing of a potential sale. The next stage was to work with an agent to develop a portfolio to go out to tender and practices4dentists worked hard to find the most appropriate buyer, rather than just focussing on the money. This allowed us to gauge interest, and if that opportunity was attractive enough to consider selling. This process produced four prospective buyers, of which Dentex was one; and when I did my own research it was Dentex which stood out as my favoured option.

The biggest attraction for me was being able to keep some ‘skin in the game’ through co-ownership. Rather than a straight sale, the option to retain 20% and turn it into shares in Dentex, gave me the motivation to carry on working and grow my practice as part of the group, so I can further profit from the overall growth of Dentex. I’m only 40 and not looking to retire, so I want to work at MODUS and with Dentex for the long term.

As far as my patients and the MODUS team are concerned nothing had changed at all. It is still early days, but everything is still running just as expected and we will continue in the same vein.

My challenge to Dentex was to complete the deal before I got married, which they did – the day before! That meant I could enjoy my honeymoon. As my wife is the practice manager, we know that we can have more time together as a family in the future and Dentex will take a bigger role in the running and management of the practice. Dentex will be there to do things which previously would have fallen to one or other of us, that’s a huge plus going forwards.

We’re currently putting together a business plan for expansion of the practice. Dentex are not afraid of investing to grow the business and it won’t be down to me to find the financing.

Retaining the MODUS brand was an essential part of the process for me. The practice has a great reputation for looking after our patients to the highest standards. To dilute this by either co-branding or losing the name completely didn’t feel right to me as a co-founder of the original business. The other prospective purchasers either wanted to co-brand or rebrand completely which was very unattractive.

I admit that I was initially quite sceptical that we would change ownership and there would be no changes to the business. But Dentex have stayed true to their word and that has been exactly the case. There have been some small changes behind the scenes but for our frontline clinical dentistry the transition has been seamless. We continue to use the materials that are best suited for our patients and clinicians which I feel is very important.

Overall, it’s been a really positive process and the extra layer of support that Dentex provides has also been very welcome, we have the advantages of being part of a group without being turned into corporate automatons.

‘When Matt and I were looking at buyers, Dentex stood out as he could still be involved in the business. Whether a corporate or an individual, buyers often want principals to stay on but only for a defined period. Because Matt is relatively young he didn’t want to leave the business, retire, wind down or buy another practice. MODUS is his baby, which he has developed and wants to grow further. Matt just needed an arm round him to share some of the challenges that come with practice ownership. The sale was a lifestyle choice for Matt, and the aim was to remove the daily pressure of running a business so he could focus on his family for the next stage of his life. Matt is definitely not taking his foot off the gas though, MODUS is still his legacy and its success means a lot to him.’

To find out more about partnering with Dentex, please email or visit the website.