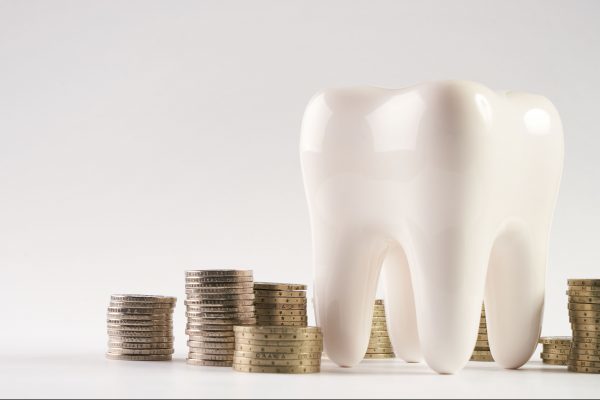 The government is proposing to increase dental charges by 5%, which will mean a routine check-up costs £22.70.

The British Dental Association (BDA) has slammed the above-inflation rise, saying it won’t mean any further investment for dentistry.

Charges for complex NHS treatment has increased four times faster in England than Wales over the past five years.

The association claims one in five patients have delayed treatment due to costs.

Publishing her letter from the Royal College of Physicians and Surgeons of Glasgow, college president Professor Jackie Taylor said:

‘This is a time of critical staff shortages in the NHS across the UK.

‘Our own research has shown that 33% of the current consultant workforce is predicted to reach their intended retirement age in the next decade.

‘Instead the current arrangements are resulting in a perverse disincentive causing consultants to reduce their work commitments to the NHS or retire earlier than they otherwise would have done.

‘That’s why I’ve written to the Chancellor today on behalf of our members to express the huge concerns that we have about the impact on retention of consultants in the workforce.’

New research indicates the impact of heavy smoking on a person’s colour vision.

‘Our results indicate that excessive use of cigarettes, or chronic exposure to their compounds, affects visual discrimination, supporting the existence of overall deficits in visual processing with tobacco addiction,’ co-author, Steven Silverstein, said.

The research doesn’t give a physiological explanation for the results, but Silverstein says that since nicotine and smoking harm the vascular system, the findings suggest they also damage blood vessels and neurons in the retina.

Hundreds of children under-five across Rochdale are set to be saved from the pain and misery of tooth decay after the borough was selected to take part in a new £1.5 million programme to promote a healthier lifestyle.

The ‘Healthy Heroes’ programme was created to tackle childhood obesity and tooth decay across the borough of Rochdale.

Rochdale has been chosen as one of four areas of Greater Manchester to benefit from the programme after the city-region was identified by NHS and Public Health England as one of the country’s ‘top 10’ national priority areas for improving children’s oral health.

Nearly half of all five-year-olds in Rochdale (47%) start school with tooth decay, well above the averages for both Greater Manchester and England as a whole (25%).

Most calls to dental helpline about cosmetic dentistry

Implants, veneers, crowns and dentures made up the most common enquiries to the Dental Helpline, according to the Oral Health Foundation.

In the last 12 months one in seven questions to the helpline have been about these four topics.

Enquiries about implants and veneers have jumped by 33% over the last 10 years.

The UK cosmetic industry is estimated to be worth around £2.2 billion.

Predictions suggest the industry is expected to grow by a further 8% by 2021.

The Dental Helpline has also experienced a 50% increase in traffic to pages on its website about cosmetic procedures.

Dentist to run marathon through desert for mouth cancer charity

A dedicated dentist will be running a week-long marathon through the Sahara Desert to raise money for a mouth cancer charity.

Principal dentist, Bob To, from Blueberry Dental Surgery in Bracknell is taking part in the Marathon Des Sables (MDS) race to raise money for the Mouth Cancer Foundation.

He will complete 156 miles and will be carrying the equipment and food he needs in a rucksack.

Over the pass 14 years, Bob has managed to detect 14 patients with cancer and his early identification has helped them beat the disease.

He would like to raise money for the charity to ensure that everyone can benefit from early diagnoses and receive the best treatment and believes the race will be one of the toughest things he has done so far.

If you would like to contribute to Bob’s epic challenge visit  www.justgiving.com/bob-to.