Pregnant women could be smoking or drinking in private 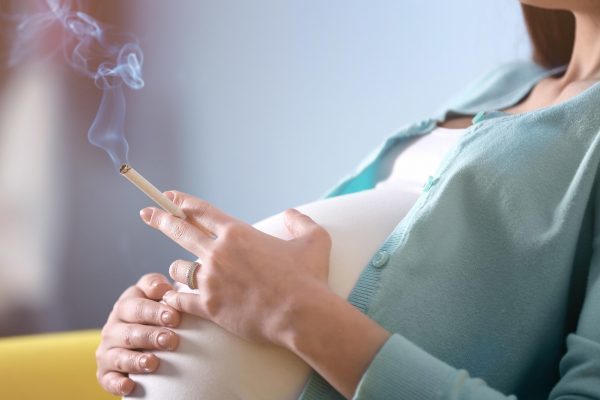 Pregnant women could be smoking or drinking in private

Pregnant women could be hiding their smoking and drinking habits to avoid negative reactions, a recent study has found.

Researchers at Cardiff University said women felt irritated and alienated if they smoked or drank in public.

Around one in five women are recorded as smokers when they have their initial assessment in Wales.

‘Working-class mothers are particularly subject to this criticism, ignoring the challenges of living on a low income.

‘Our study shows that these looks and comments irritate and alienate pregnant women, making them less likely to seek help.

‘No one wants to be judged and shamed.’

Researchers concluded that women in the study needed more empathy to help with their habits.

The study found that pregnant women who were smoking and drinking had ‘awkward’ relationships with midwives.

Despite this, it did not stop them from kicking the habit.

‘Pregnant women are no longer seen as their own person,’ Dr Dunla Gallagher, a member of the study team, said

‘Stigma arises where other people feel that pregnant women should be able to focus all their energy and priorities on the baby that they carry, rather than their own needs.

‘However, for some of these women their primary goal is often just getting by on a very low income.

‘Smoking is a coping strategy for some of them.

‘Rather than stigma, women need empathy and a recognition of the challenges that pregnancy can bring in terms of women’s independent choices.’

Mothers-to-be who smoke during pregnancy are severely increasing the chance of their baby being born with facial deformities.

The Office of the General Surgeon in the US suggests smoking during pregnancy gives women a one in two chance of having a baby with a failure of the upper lip or the palate that did not properly develop during the foetus’ development.

‘Any amount of cigarette smoking during pregnancy significantly increases the risk of having a child with health problems,’ Dr Nigel Carter, said.

‘Cigarettes aren’t an easy thing to give up.

‘Research has shown this.

‘Smoking cessation services needed to be targeted at women from poorer backgrounds who are more likely to smoke.

‘Young boys as well as girls also need to be told about the risks of smoking, particularly during pregnancy.’